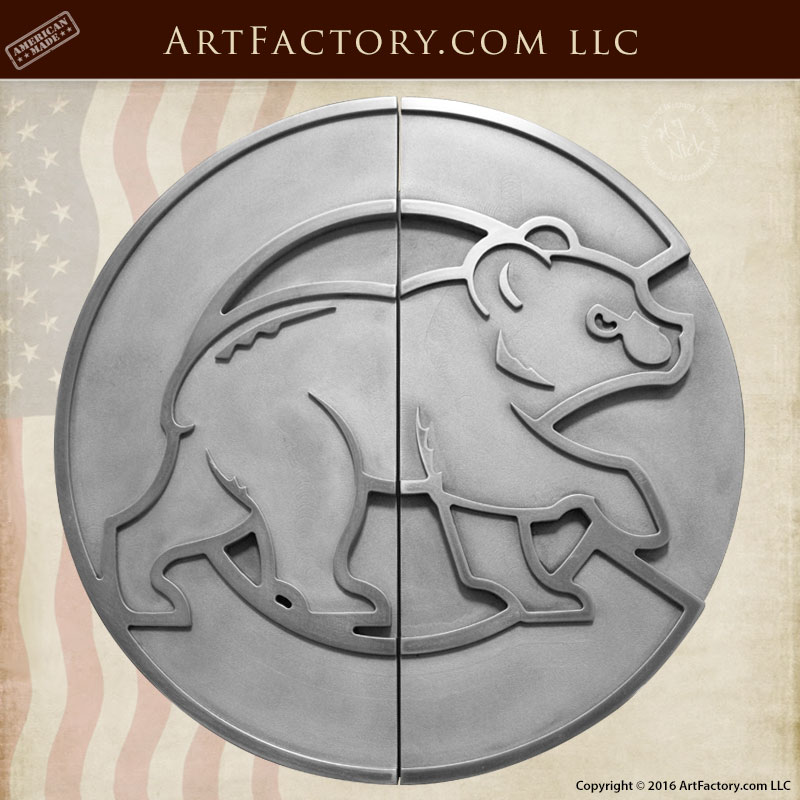 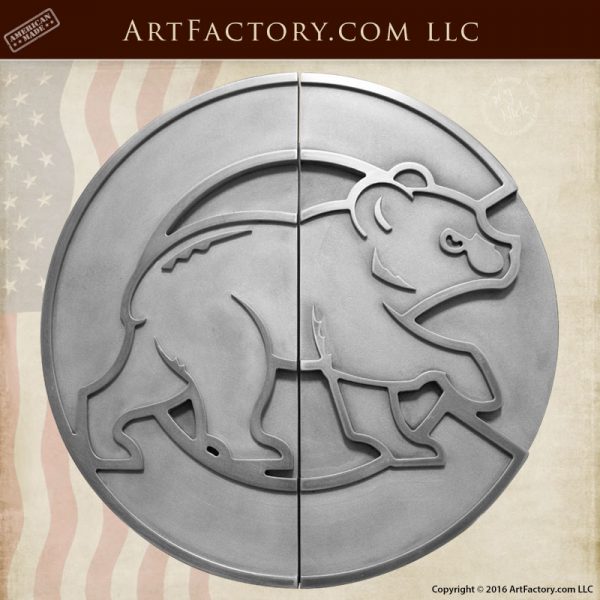 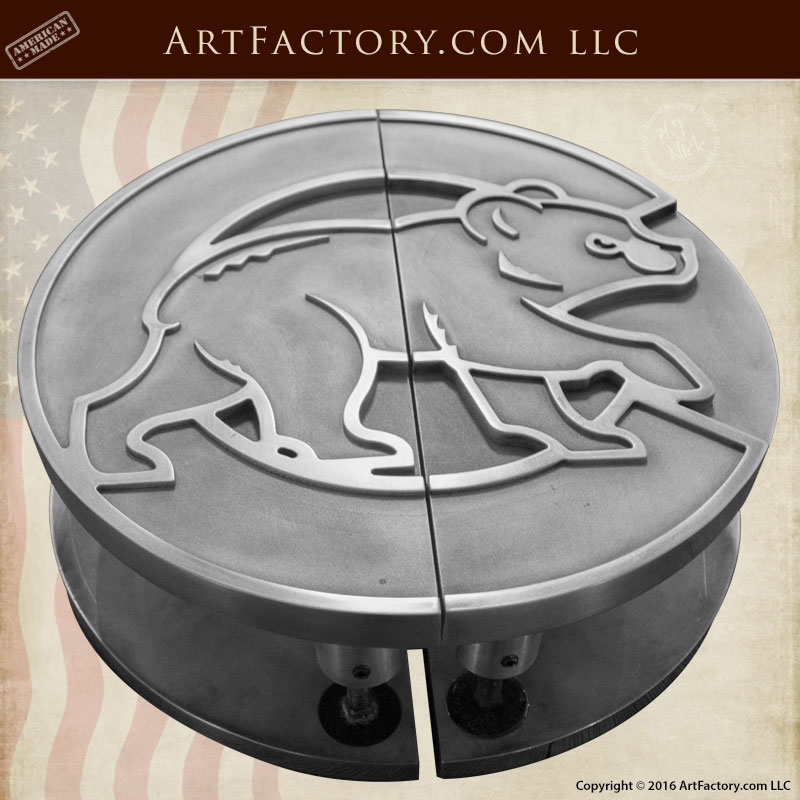 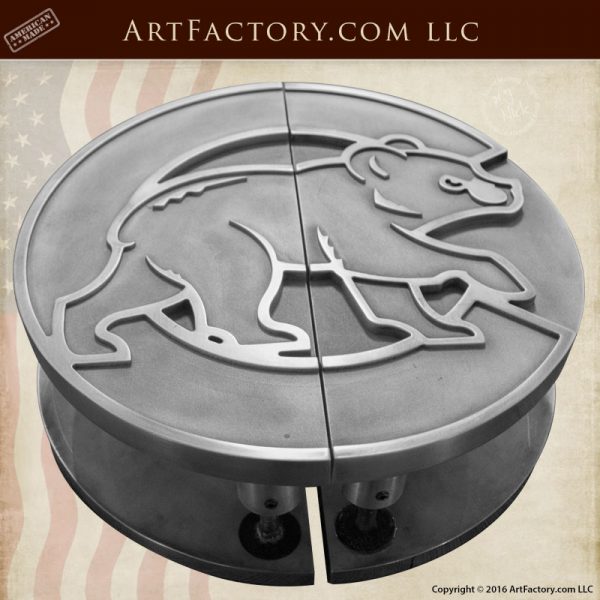 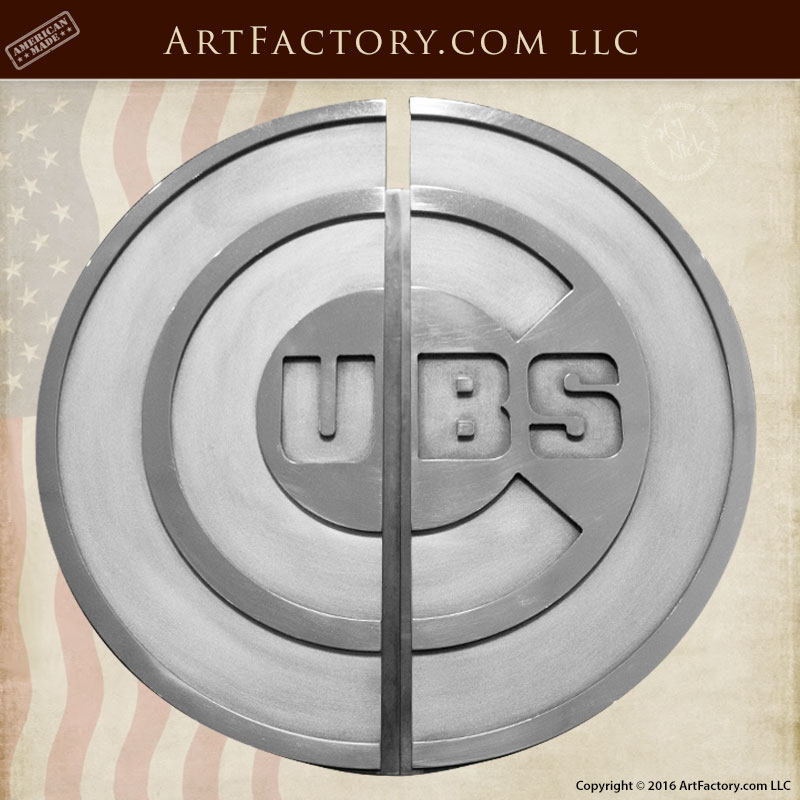 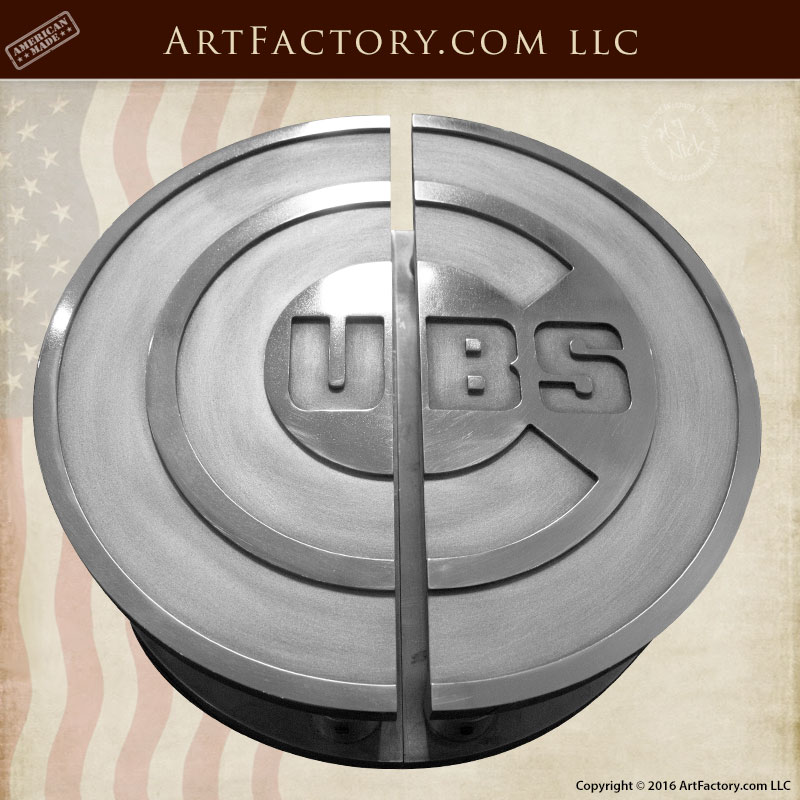 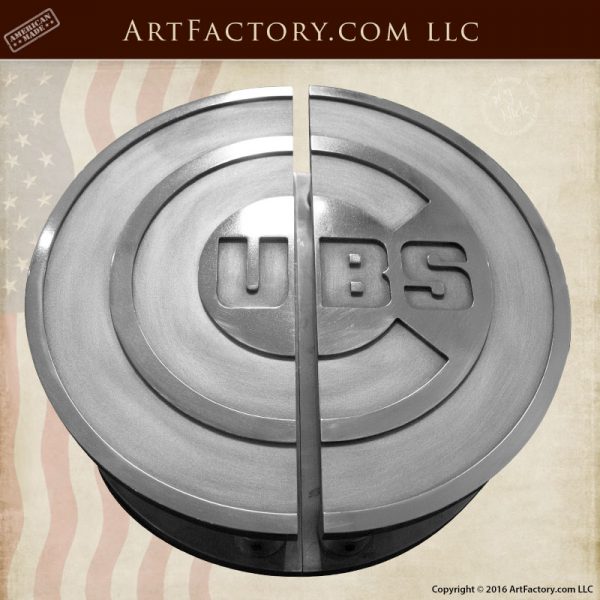 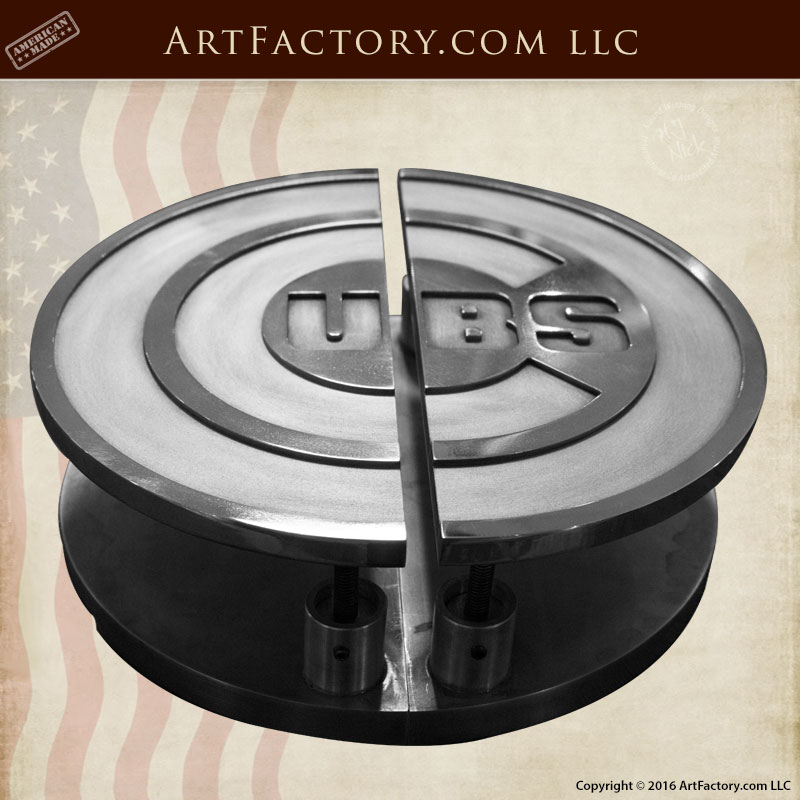 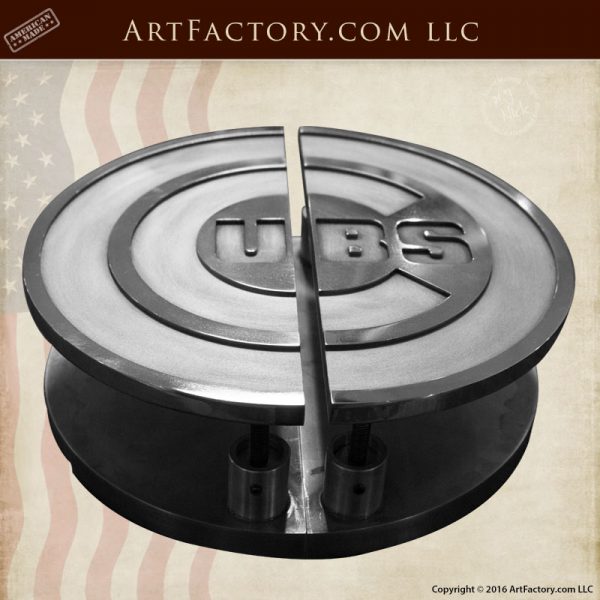 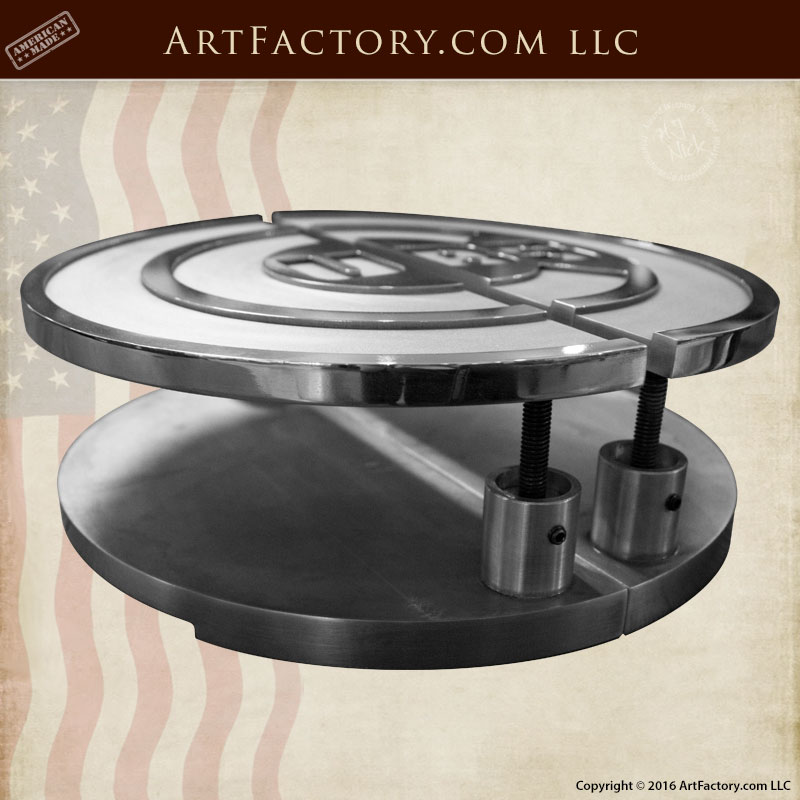 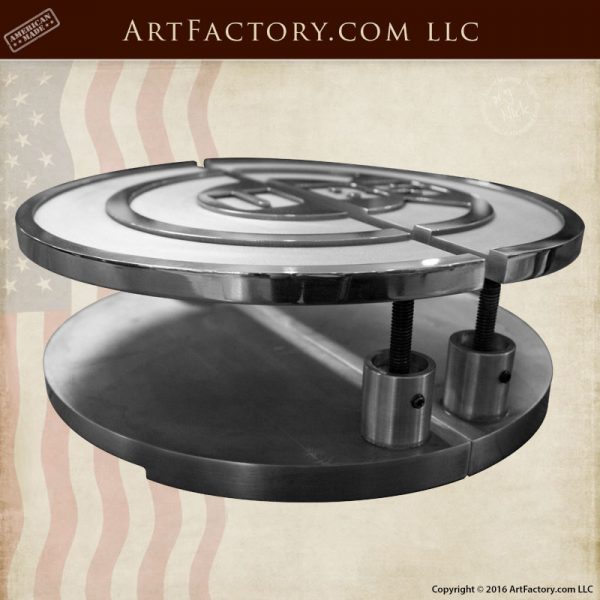 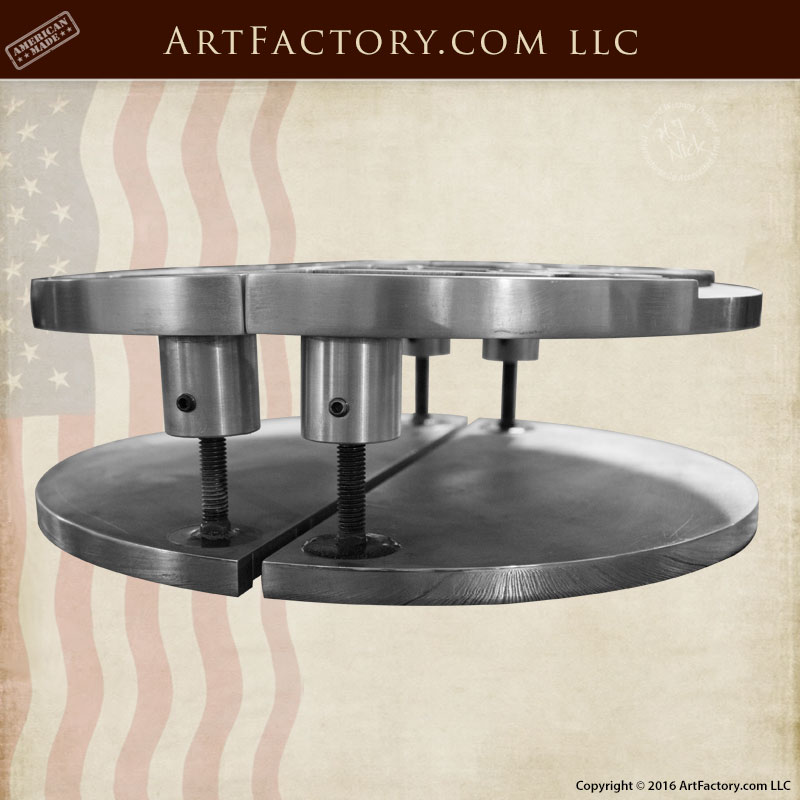 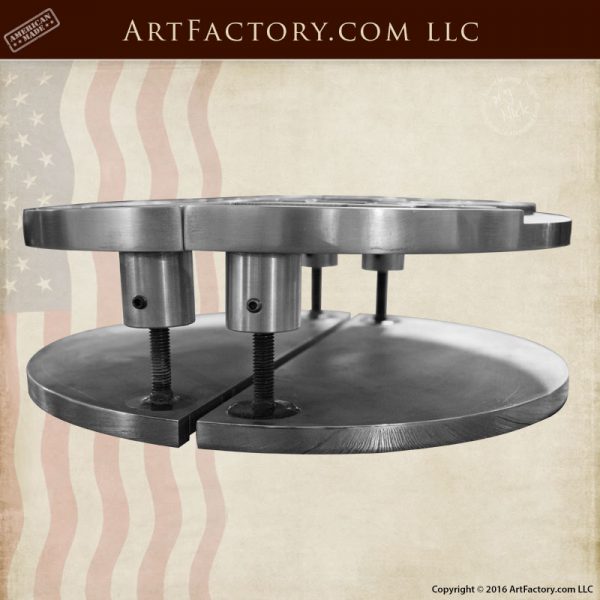 Specially Designed For The Cubs Clubhouse Doors At Wrigley Field 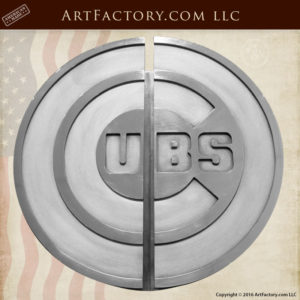 The Chicago Cubs are one of America's most popular baseball teams, and one of the original franchises of the National League. We were given the privilege of creating Chicago Cubs Logo door pulls for the newly renovated Chicago Cubs clubhouse at historic, Wrigley Field. The results are simply phenomenal. The custom door handles are 3/4" inch thick aircraft aluminum (6061 Billet). Includes set screws, and polished to perfection, these custom door pulls are guaranteed to never chip or rust. At ArtFactory.com, all of our custom door hardware products are guaranteed to stand the test of time.

Imagine owning modern door hardware you never need to replace. That's exactly what we created for the Chicago Cubs and we can do the same for you! We only make products built for the long run, and our Chicago Cubs Logo door pulls are guaranteed to never break. Our master blacksmiths forge all of our custom door hardware by hand with fire, hammer, and anvil. All of our fine art door handles are one-of-a-kind originals, and are 100% American made at our Scottsdale, Arizona factory. To place your order today call us at 1-800-292-0008.

The history of the Chicago Cubs is a story of triumphs and curses, baseball greats and the longest drought ever seen in MLB. Baseball is an all-american sport created around 1846 from variations of Cricket and other British games. A volunteer firefighter, Alexander Joy Cartwright, from the New York Knickerbocker Baseball Club, built a new set of rules from those games that became the foundation of modern baseball. Several years later, in 1876, the National League was formed with the Chicago White Stockings (now the Chicago Cubs) as one of its starting franchises.

The White Stockings proved to be the powerhouse of the new league. In 1906, they set a record of 116 wins in a season, a record that stood for almost 100 years. Because the roster was filled with brand new rookie players, the Chicago Daily News began referring to the team as Cubs. The nickname stuck. When they officially became the Chicago Cubs in 1907, they won their first World Series that same year. They won again the following season, becoming the first team to win back-to-back World Series. 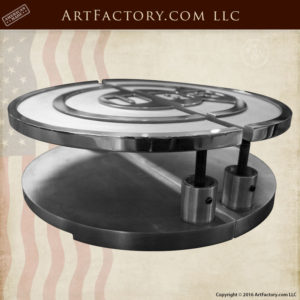 The Curse Of The Billy Goat

Sadly, the Cubs wouldn't see another World Series until 2016, a drought of 71 years. What started their famed curse? Fans go back to the last time the Cubs won the pennant in 1945 and what is referred to as the Billy Goat Curse. During game 4 of the World Series against the Detroit Tigers, Billy Sianis, owner of the nearby Billy Goat Tavern, decided to go to the game at Wrigley Field with his pet goat. Many other fans didn't like the goat's behavior and smell, and the two were asked to leave. Billy was livid. He is recorded as saying, "Them Cubs, they ain't gonna win no more!" Sure enough, they lost their following games and didn't win the pennant again until 2016. 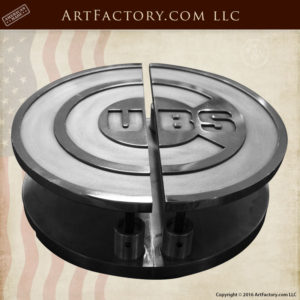 In 2016, the Cubs broke their famed curse and finally won their third World Series, a trophy it took 108 years to win. Beloved players like Ernie Banks, Ron Santo, and Mordecai Brown, along with the iconic Wrigley Field (the second oldest major league ballpark) and all the exceptional years, like the home run race between Mark McGwire and Sammy Sosa in 1997, are what make the Chicago Cubs truly great. Whether the Cubs win or lose, they will continue to capture the heart of fans around the world. 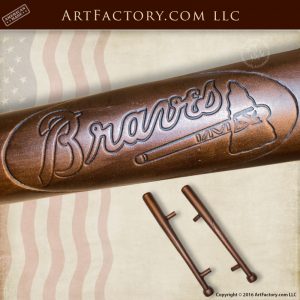 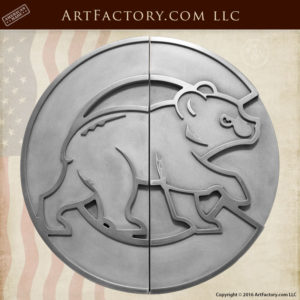 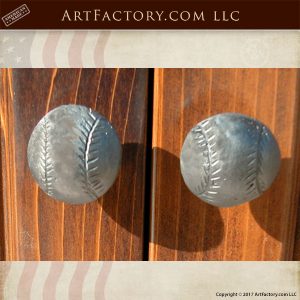 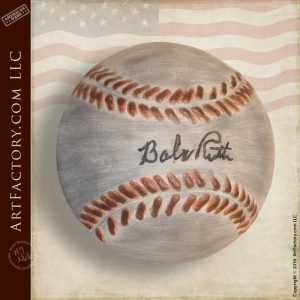