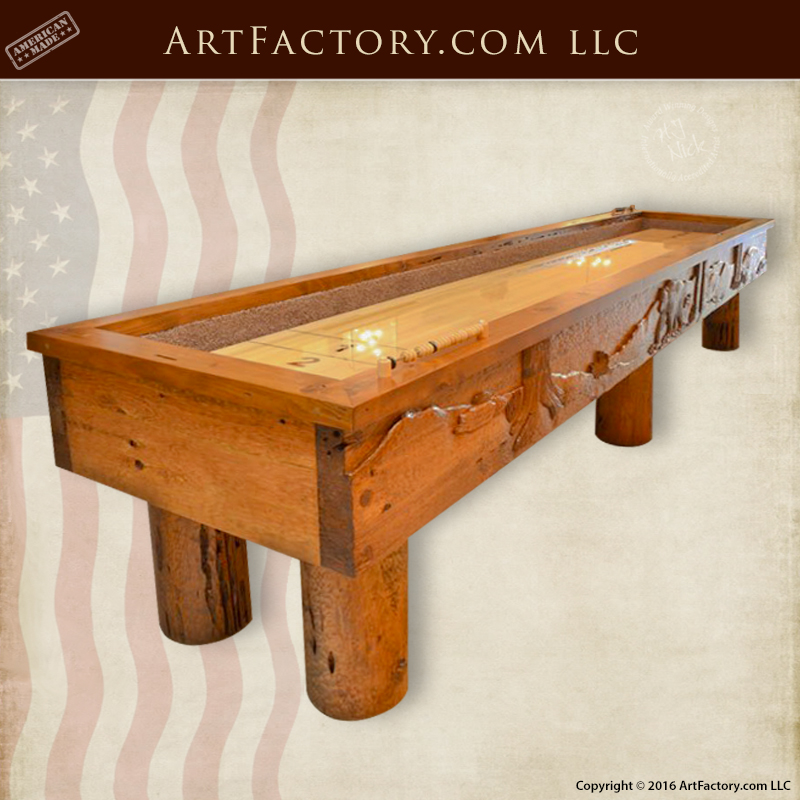 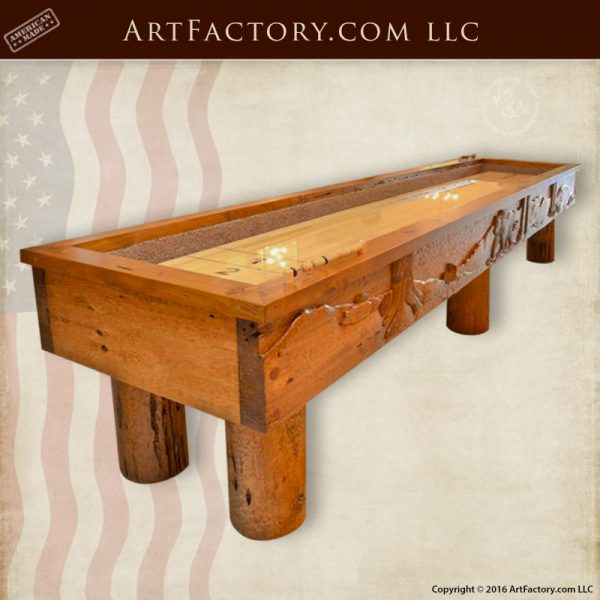 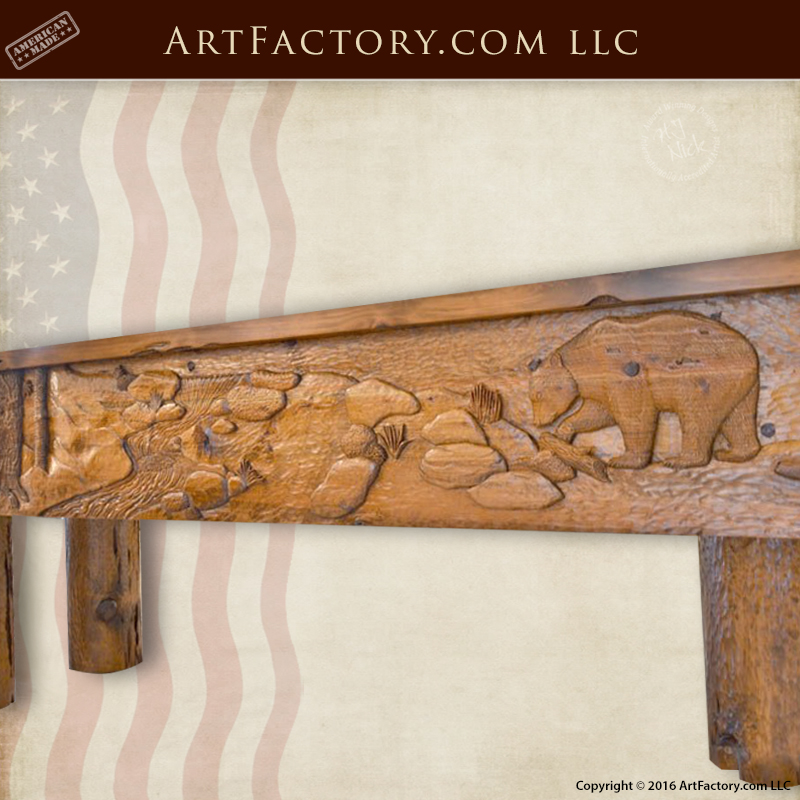 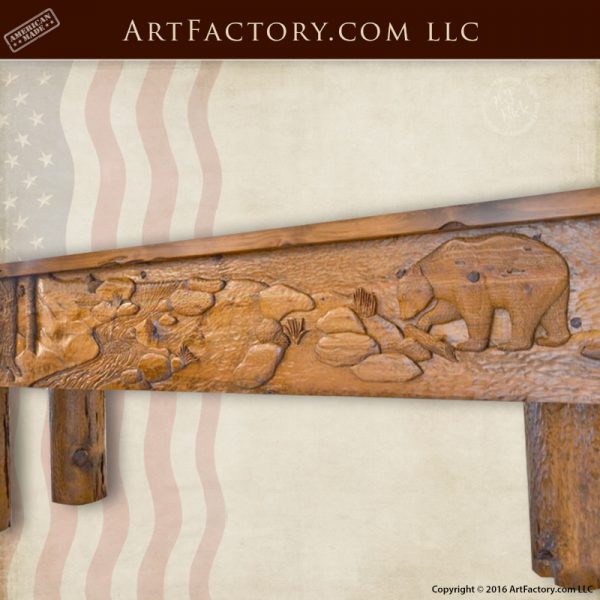 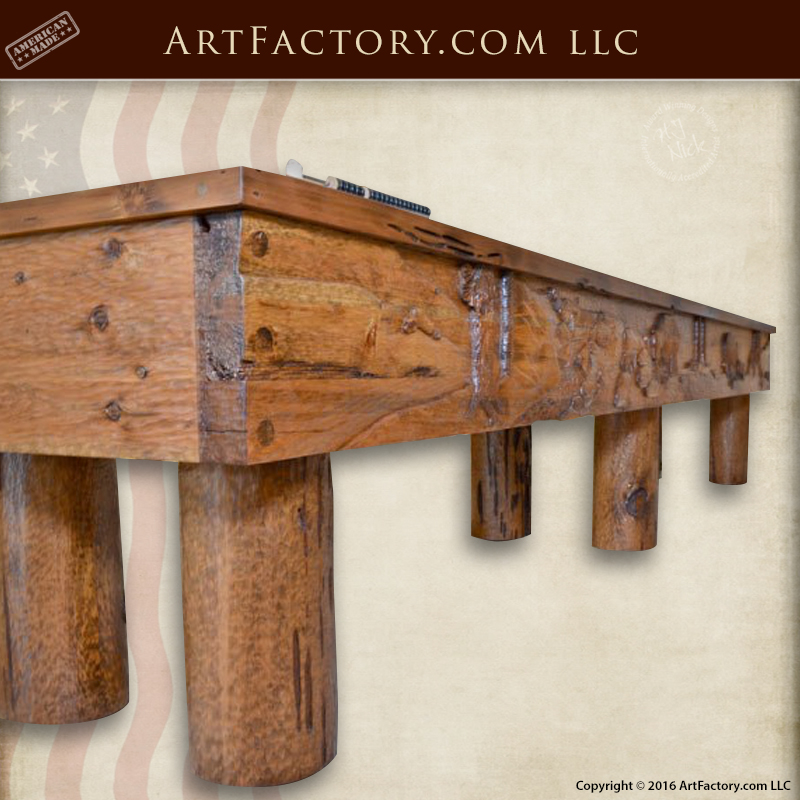 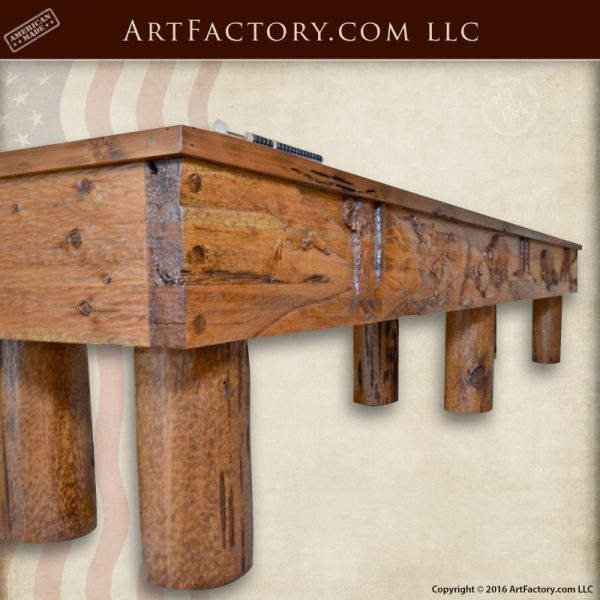 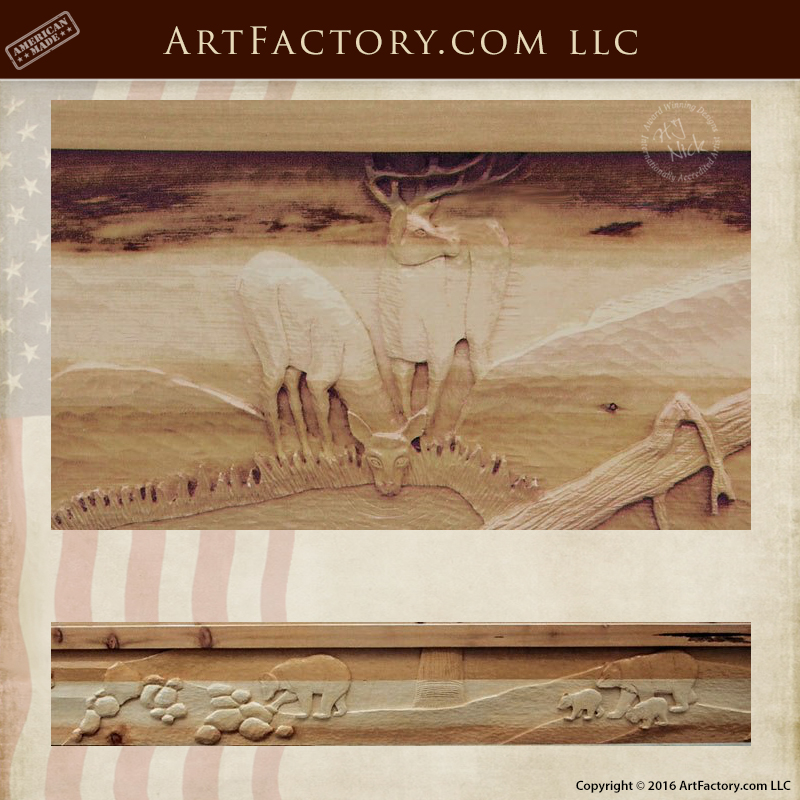 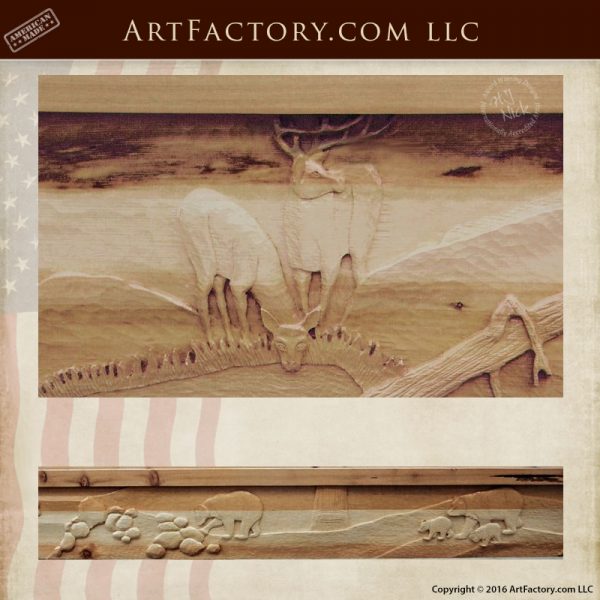 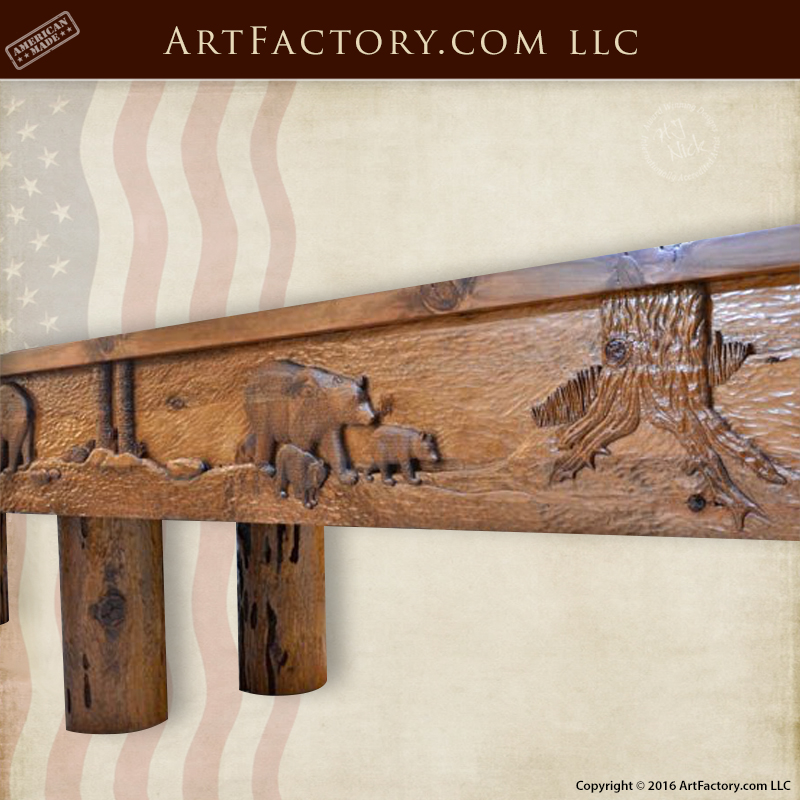 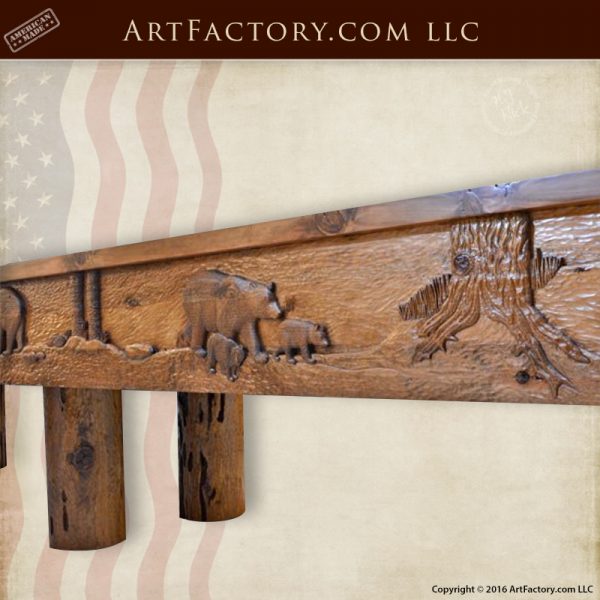 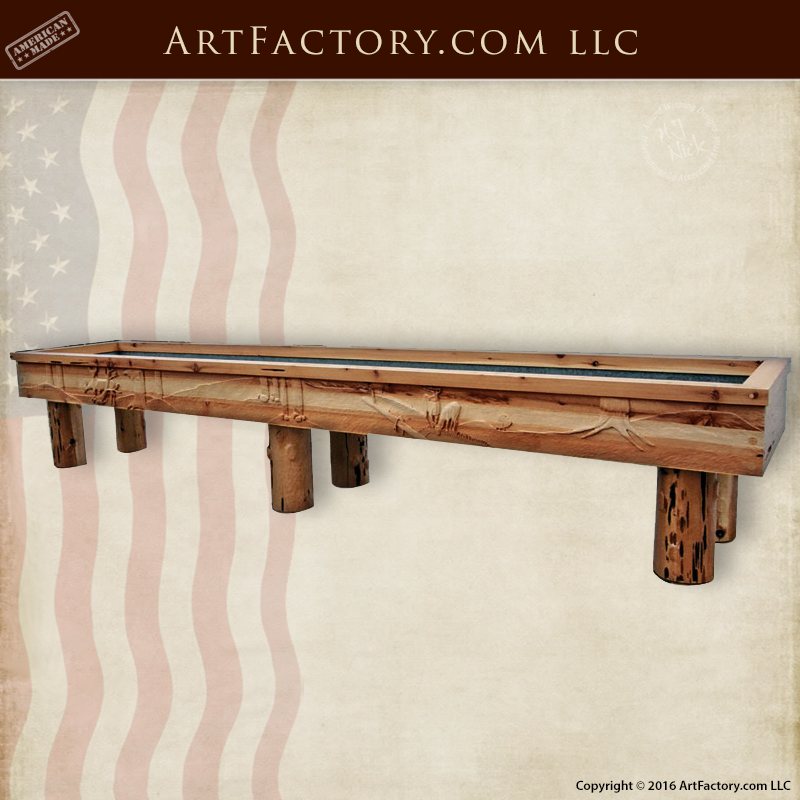 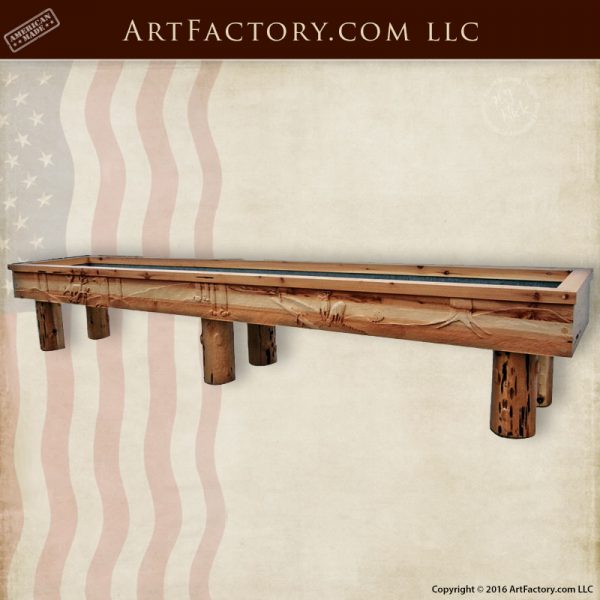 The 1/4″ thick polymer coating is applied over the maple playing field,

This Is Not Your Typical Crude Log Shuffleboard Table - With A Precision Playing Surface Made by Champion the industry leader, this playing surface is 176"L X 20"W X 3" thick and has a "Lifetime Polymer" finish. The 1/4" thick polymer coating is applied over the maple playing field, creating a maintenance free surface. The need to sand and refinish can be an annual chore with most of the boards on the market. The "Lifetime Polymer" finish provides a fantastic playing surface which players have come to expect and is guaranteed for the life of the game board. Combined with our level of craftmanship, this game table will last for generations. We Build Shuffleboard Tables All Styles - Solid Natural Air Dried Solid Cedar Cypress (renewable resource timber) (not kiln force dried ) - Original Craft, Not Reproduction Made In The Same Hand And Materials As The Original - Designed From The Historic Record - Hand Hewn, Mortise And Tenon Joined (means master crafted no fast process) -

"When Everything Made In America Was Built To Last Forever"

In 16th century England, people played a game of sliding a "groat" a large British coin of the day worth about four pence down a table. The game was called "shove groat" or "slide groat". Later, a silver penny was used and the name of the game became "shove-penny" or "shovel-penny". The game was played by the young and old, and was a favorite pastime in the country houses of Staffordshire, Winchester and Wiltshire.
In his play, The Crucible, about the which trials in Salem, Massachusetts, Arthur Miller wrote: "In 1692, there was a good supply of neer-do-wells who dallied at the shuffleboard in Bridget Bishops Tavern," an indication that, according to Miller's unsourced research, the game had found its way to the Americas by the 17th century. In the 18th century, there were big shuffleboard matches conducted throughout the American colonies. Shuffleboard was popular among the English soldiers as well as the colonists.
In 1848, in New Hanover, Pennsylvania, the case of The State vs. John Bishop turned on the question of whether shuffleboard was a game of chance or a game of skill. The judge's decision stated "Though the defendant kept a public gaming table, as charged, and though diverse persons played thereat and bet spirituous liquors on the game, the game was not a game of chance, but was altogether a game of skill."
The game shed its crude beginnings when American cabinetmakers such as Hepplewhite and Duncan Phyfe turned out some of their finest inlaid cabinet work on shuffleboard game tables for the wealthy homes of New York City. By 1897, table shuffleboard rated as much space in the metropolitan newspapers in the New York City area as prizefighting and baseball. Highly publicized tournaments played by such colorful characters as "Big Ed" Morris, Dave Wiley, Alex Scott, Ed Gardland, and George Lavender drew hordes of fans. The fans faithfully followed the players to tournaments in New Jersey, in Newark, Paterson, Hoboken, Jersey City and Bloomfield, and even into Philadelphia.
The fans included important figures of the business, theatrical, and political worlds. Shuffleboard made its way across the country. In 1904, Gentleman Jim Corbett, an avid player, had a tavern owner named Croll install a table in his Alameda, California, pub. "Doc" Croll, his son, claimed it was the first shuffleboard in that part of the country.

During World War II shuffleboard came into its own. The intrinsic appeal of the game â skill, diversity, competitiveness, availability to young and old, strong and disabled, the serious game, the fun game â offered the kind of release needed in those turbulent years.
Hollywood climbed on the shuffleboard bandwagon and took it up, at first as a source of good publicity. Then when the pin-up girls and bandleaders and actors discovered they really liked the game, shuffleboards found their way into the studios and homes of the stars. People like Betty Grable, Harry James, Merv Griffin, Alan Ladd all had their own shuffleboards.
The game grew to its greatest height in the 1950s. Most major shuffleboard manufactures sponsored nationwide shuffleboard tournaments. These were the biggest tournaments ever held: one had 576 teams participating.
Fierce competition among major manufactures and suppliers, lack of uniform rules and organization, the inability to gain sponsorship of the sport, and general internal strife in all facets of shuffleboard, led to a demise of the game in the 1960s and 1970s. Some feared it was damaged beyond repair, but others invested their time, efforts and talents to breath life into the sport that they had loved. That dedication paid off, by the mid-1980s, shuffleboard experienced a reviva that has extended and strengthened in the 1990s. 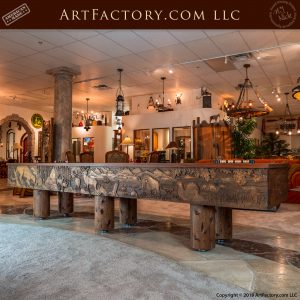 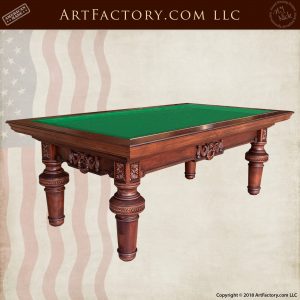 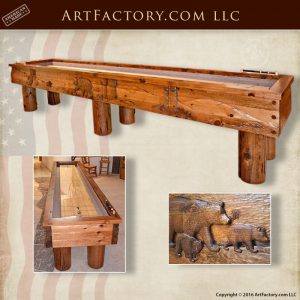 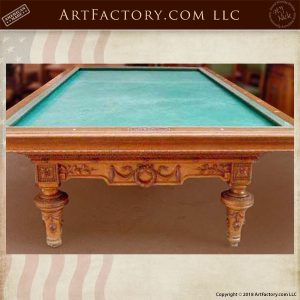 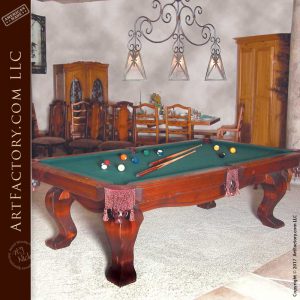 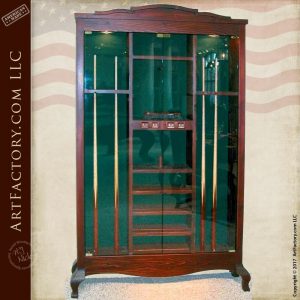 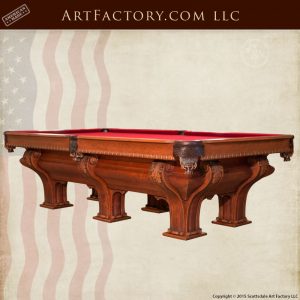 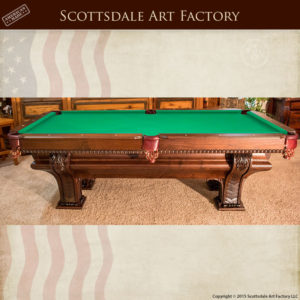 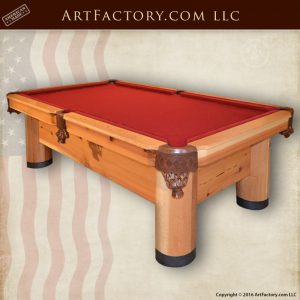 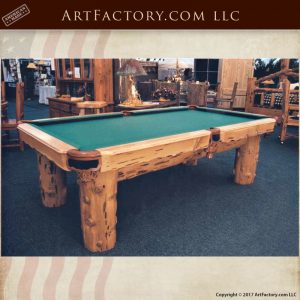 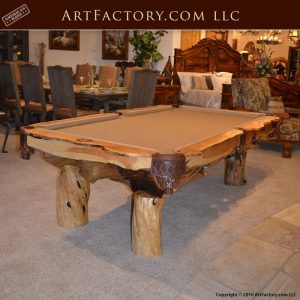 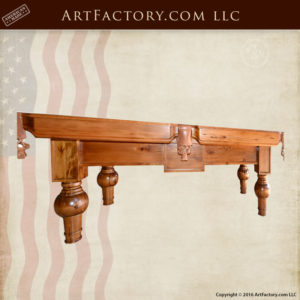