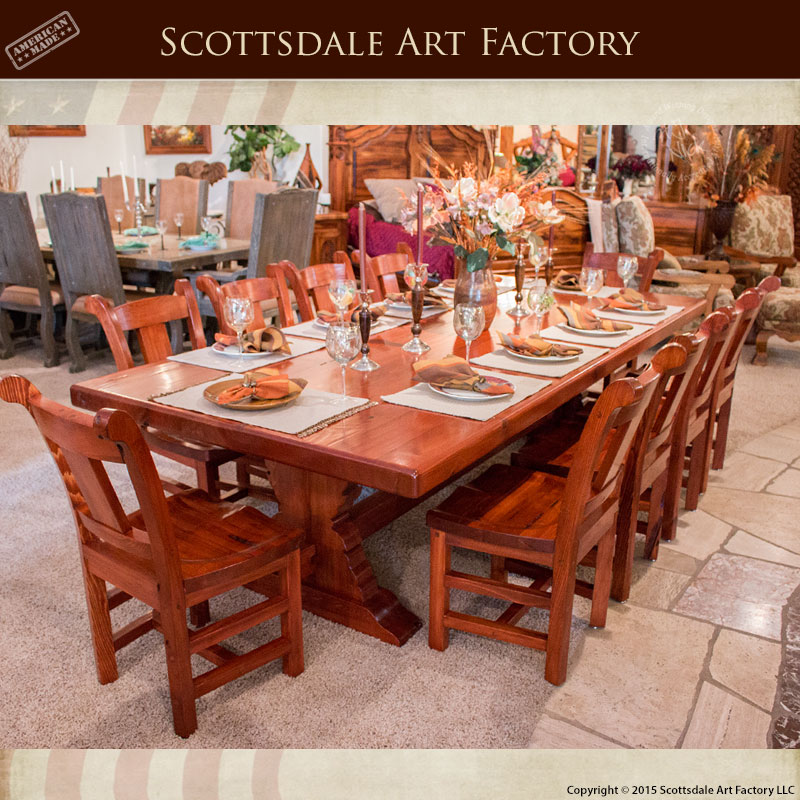 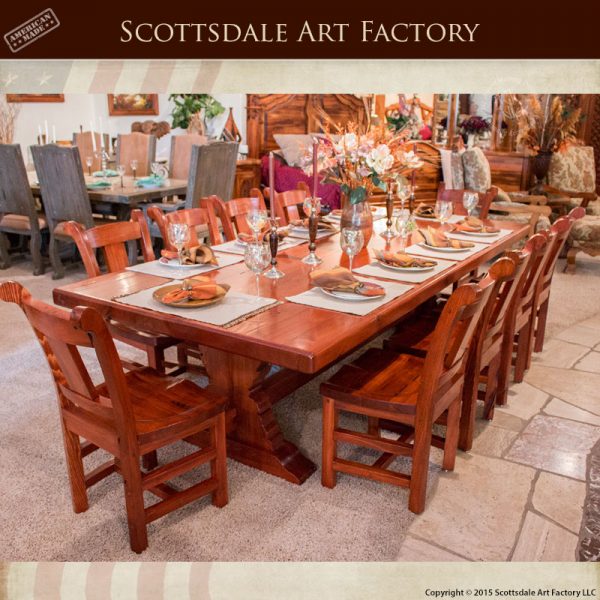 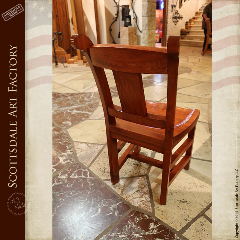 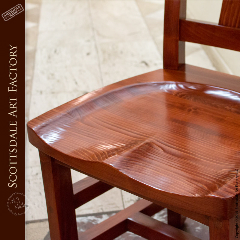 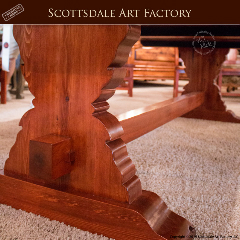 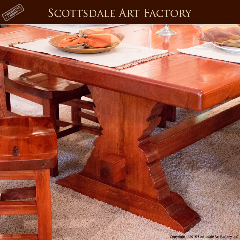 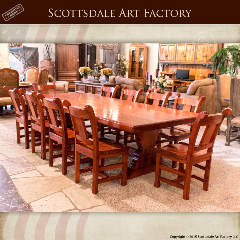 The 18th century was France’s golden era, the heyday of French country furniture. It was a time when Paris and the court of Versailles became the leaders of French style, manufacturing and exporting furniture throughout Europe. The country towns of northern France thrived on the commerce of the local industries, resulting in a new up-and-coming wealthier middle class.

Inevitably the chateau style living would trickle down to the french middle class – it was here where the pared down furniture of the country would meet the fine embellishments of the chateau.
High brow furniture seen in Paris was copied by local craftsmen in the rural provinces of France, mainly Normandy and Bordeaux, and a unique French country style developed. This furniture was simple and practical, scaled down and less ornate, but still had much style and flair. The ladder or splat back dining room chair, as seen here, is a good example. Although simple in design with its tractor seat style, it still has a certain air of elegance about it.

The surrounding forests supplied ample timber for them as the great north woods do today for artisans who still apprentice for 6-8 years in the very same way in our work shops in Scottsdale Arizona, resulting in skilled craftsmanship and quality French Country furniture being produced. Included were ladder back chairs, splat back chairs, large farm tables, sideboards, carved oak hutches and armoires.

Furniture from woods like cypress, beech, walnut, fruit tree and oak were either left natural or finished in a soft satin finish, in comparison to the highly polished, imported mahogany pieces of Paris. These designs were to fit into the French country home. From seating to storage, French country furniture is timeless and just as popular today as it was in the past. Today our skilled craftsmen still produce these classic pieces in the same way as was done in France using the same original techniques passed down from generations before.