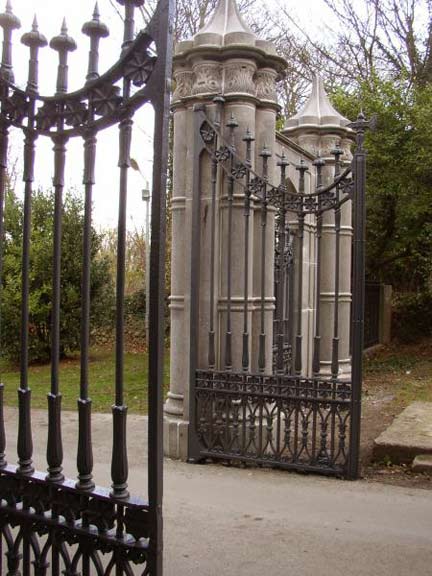 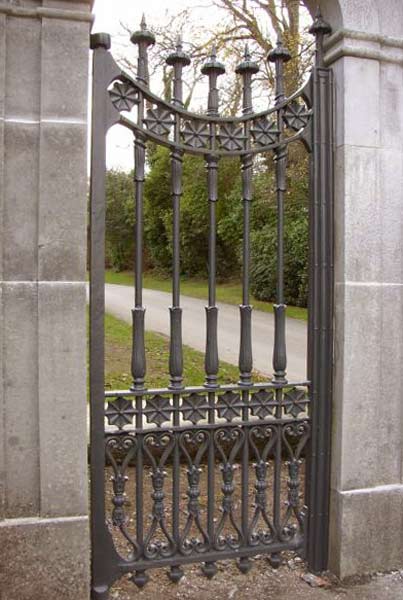 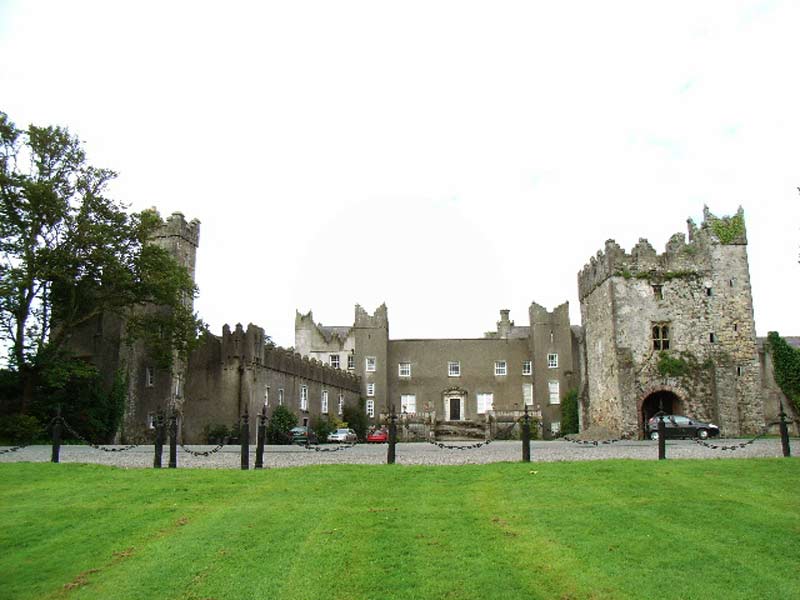 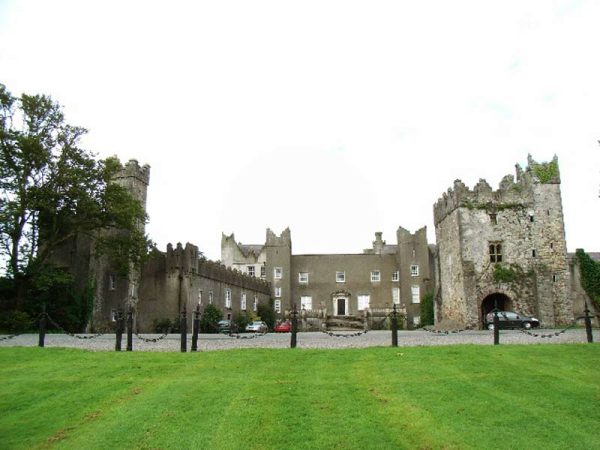 Howth Castle lies close to the village of Howth, north of the city of Dublin in the part of County Dublin now administered as County Fingal, Ireland. It is the ancestral home of the line of the Earl of Howth (previously Barons of Howth, holding the area since the Norman invasion), now held by their heirs, the Gaisford St. Lawrence family.
The current building is not the original Howth Castle, which was on the high slopes by the village and the sea. The great English architect Sir Edwin Lutyens restyled a 14th century castle built here, overlooking Dublin Bay. The grounds are noted for the wild rhododendron gardens,

A popular legend about the Castle concerns an incident that apparently occurred in 1576. During a trip from Dublin, the pirate Grace O'Malley attempted to pay a courtesy visit to the 8th Baron Howth. However, she was informed that the family was at dinner and the castle gates were closed against her. In retaliation, she abducted the grandson and heir, the 10th Baron. He was eventually released when a promise was given to keep the gates open to unexpected visitors, and to set an extra place at every meal. At Howth Castle today, this agreement is still honoured by the descendents of the Baron.
Product Details As Shown

These Fortress Gates Are 0ver 450 Years Old :Shown as It stands today made by the hands of Old World Craftsman and Master Blacksmiths of the aristocracy of the 13th century. This gate is a testament to quality and workmanship. Proving once again that the use of proper natural materials ( cedar and solid Steel ) and master craftsmanship will stand the test of time. You may order this style made to your specifications made in the same hand and materials by our classically trained blacksmiths and wood wrights.

About ArtFactory.com And H.J. Nick:

ArtFactory.com is a manufacturer of custom iron entrance gates, doors, and furniture based in Scottsdale, Arizona, featuring designs by H.J. Nick. We have been designing and building some of the world’s finest furnishings all hand crafted in America since 1913. Most of our clients want a furnishing that has a big WOW factor and timeless elegance. They all want investment value furnishings that makes a proper statement reflecting their personality, or the personality of the environment for which the designer furnishings are intended. Our master level craftsmanship ensures your custom iron gates and furnishings will stand the test of time, and are guaranteed forever, backed by our over a century of fine craftsmanship. Call us to discuss your custom entrance gate design ideas 1-800-292-0008. 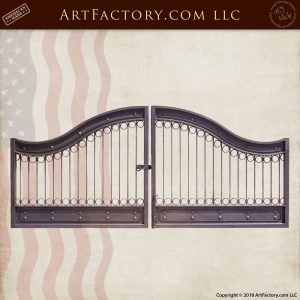 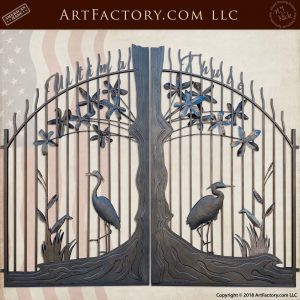 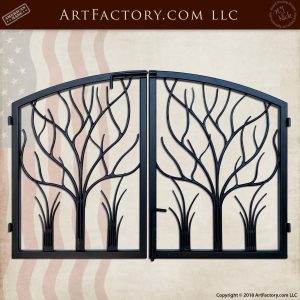 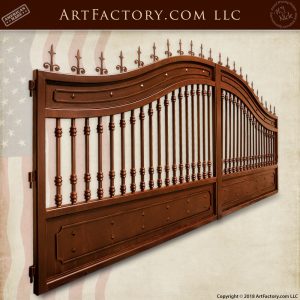 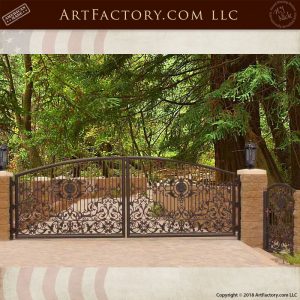 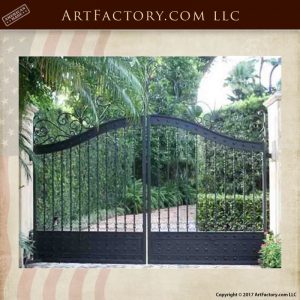 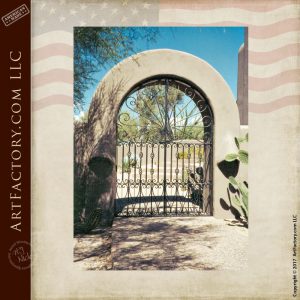 Hand Forged Fine Art Gate: Custom Made To Order In Any Size Or Style – 1349IG 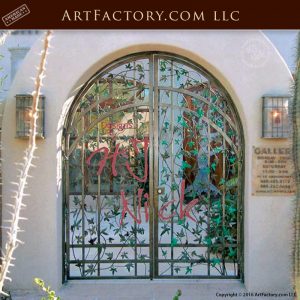 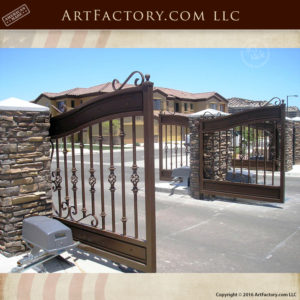 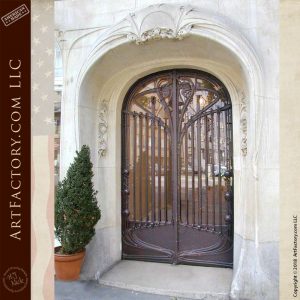 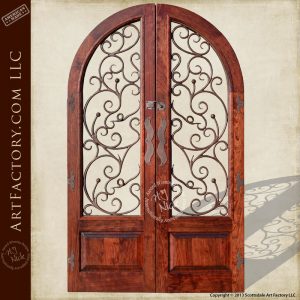 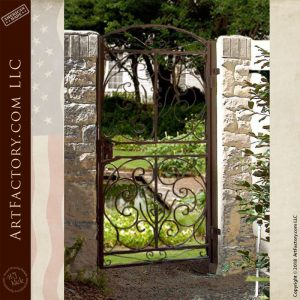