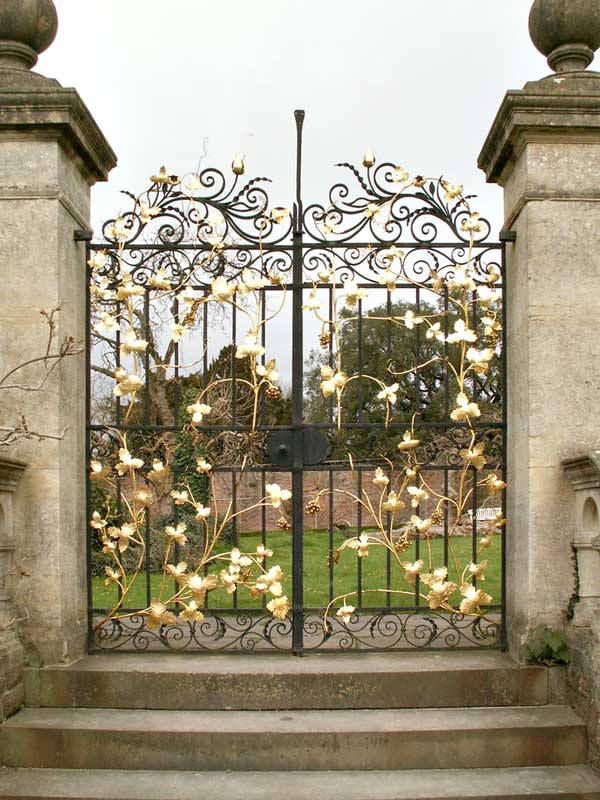 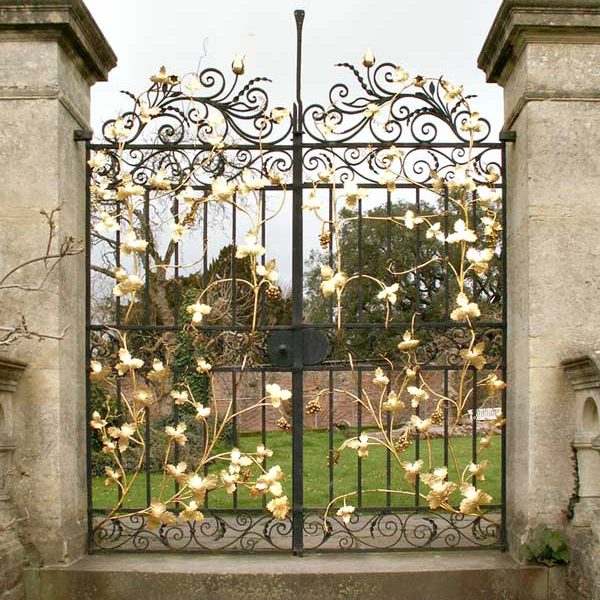 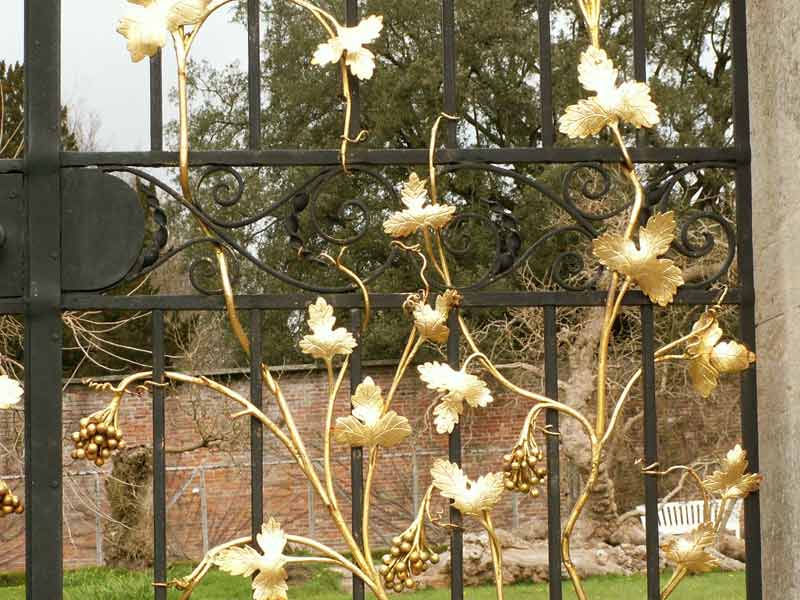 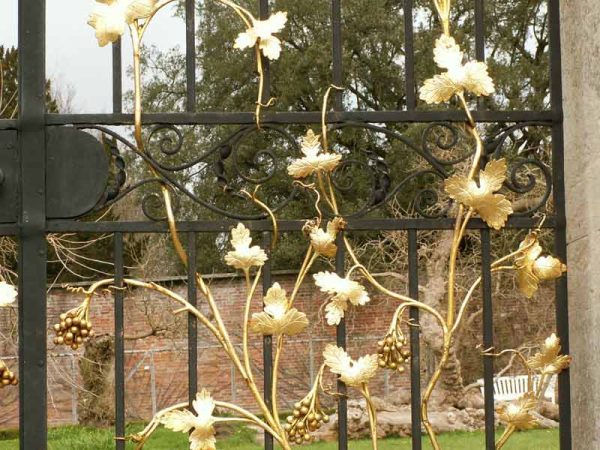 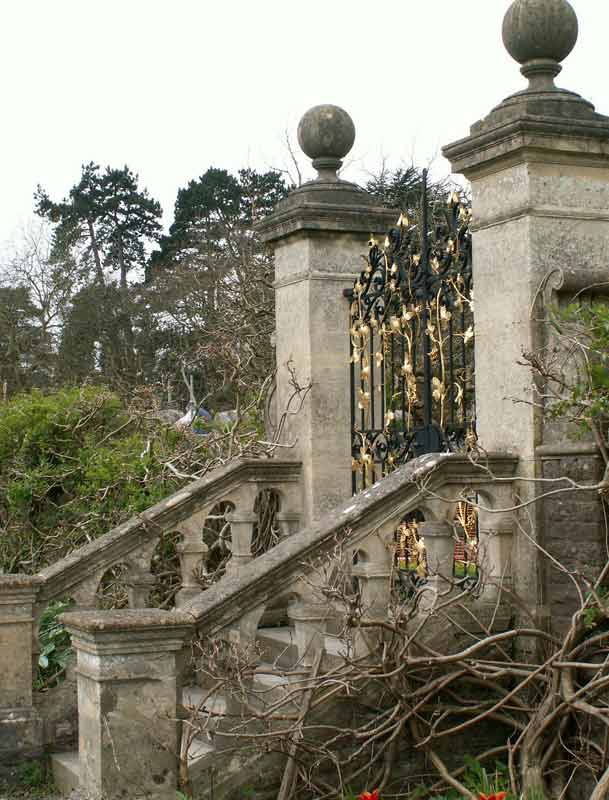 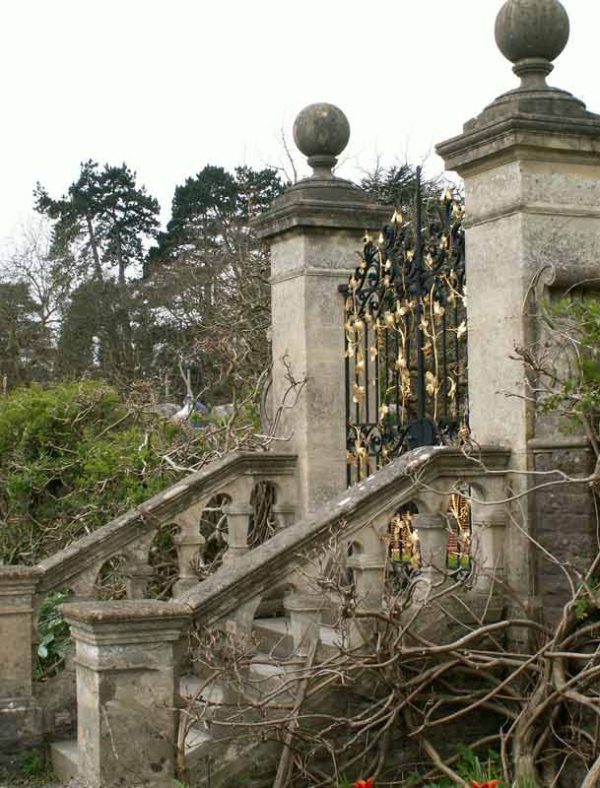 Estate Gates 23.25 Carat Gold Leaf – Wrought Iron Gates – Fine Art – Master Blacksmiths Solid Hand Forged Wrought Iron – (no castings or hollow faux metals) – Built The Old Fashioned Way “When Everything Made In America Was Built To Last Forever” And Craftsmen Were Proud To Sign Their Work – All Heat Applied Iron Oxide Hand Patina Gold or Silver Guild – Finished – (no powder coating or faux paint on iron finishes) Patina – Gilding Facts – All American Made And Guaranteed Forever – Order Any Size Or Style – Backed By Our Over A Century Of Fine Craftsmanship Since 1913

Important Information You Should Be Aware Of Before Ordering Your Wrought Iron Products
Designs By H. J. Nick and ArtFactory.com a handmade in America manufacturer based in Scottsdale Arizona has been designing and building some of the worlds finest furnishings for some of the world’s finest interior designers with ordinary clients as well as most prominent and successful Persons, CEOs,leaders,royalty and celebrities for the last 97 years. Most of our clients want entrances that has a BIG WOW factor and elegance. All want investment value and gates that makes a proper statement reflecting their personality or the personality of the environment for which it is intended.
Historical Origin And Design Inspiration
Woburn Abbey, near Woburn, Bedfordshire, England, is the seat of the Duke of Bedford Woburn Abbey, comprising Woburn Park and its buildings, was originally founded as a Cistercian abbey in 1145. Taken from its monastic residents by Henry VIII and given to John Russell, 1st Earl of Bedford in 1547, it became the seat of the Russell Family and the Dukes of Bedford. The Abbey was largely rebuilt starting in 1744 by the architects Henry Flitcroft and Henry Holland for the 4th Duke. Anna Maria, the wife of the 7th Duke, originated the afternoon tea ritual in 19th century England.
Origins Of Gilding – Herodotus mentions that the Egyptians gilded wood and metals, and many such objects have been excavated. Certain Ancient Greek statues of great prestige were chryselephantine, i.e. made of gold-plated wood (for the clothing) and ivory (for the flesh); most famously those of Zeus in Olympia and Athena Parthenos in the Parthenon.
Extensive ornamental gilding was also used in the ceiling coffers of the Propylaea. Pliny the Elder informs us that the first gilding seen at Rome was after the destruction of Carthage, under the censorship of Lucius Mummius, when the Romans began to gild the ceilings of their temples and palaces, the Capitol being the first place on which this process was used.
But he adds that luxury advanced on them so rapidly that in very little time you might see all, even private and poor people, gild the walls, vaults, and other parts of their dwellings. Owing to the comparative thickness of the gold leaf used in ancient gilding, the traces of it which yet remain are remarkably brilliant and solid.
Fire-gilding of metal goes back at least to the 4th century BC, and was known to Pliny (33,20,64?5) and Vitruvius (8,8,4). In Europe, silver-gilt has always been more common than gilt-bronze, but in China the opposite has been the case. The medieval Chinese also developed the gilding of porcelain, which was later taken up by the French and other European potters.
Every creative enterprise is always built on a foundation that was laid down by its predecessors. Creative people are also dependent on the groundwork laid down by those who came before them. H. J. Nick, artist and direct descendant of the Marbella brothers, and ArtFactory.com have built on these foundations and have raised the bar of quality even higher. Thus setting a new standard and offering the finest one of a kind handmade furnishings found anywhere in the world in the 21st century.
Our Heritage: Marbella brothers come to America.