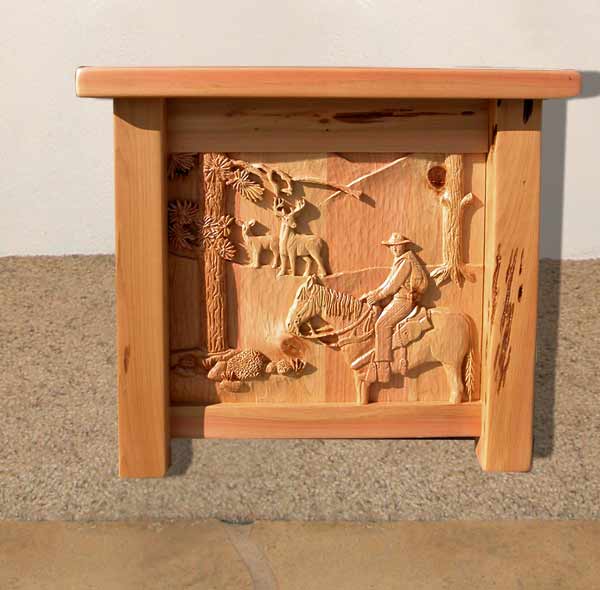 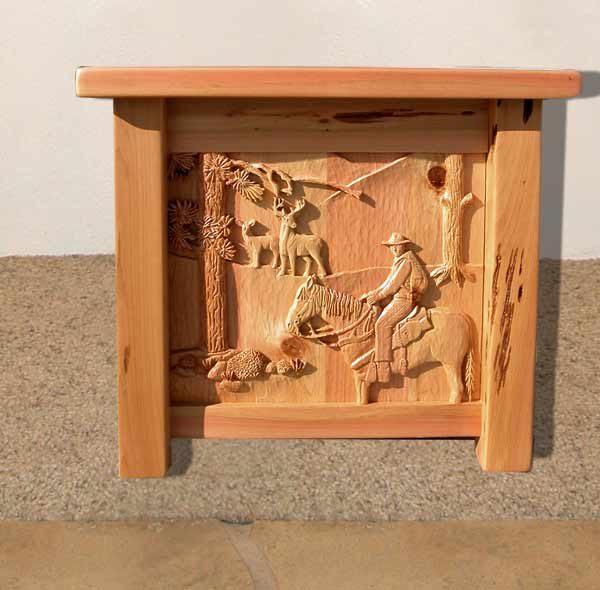 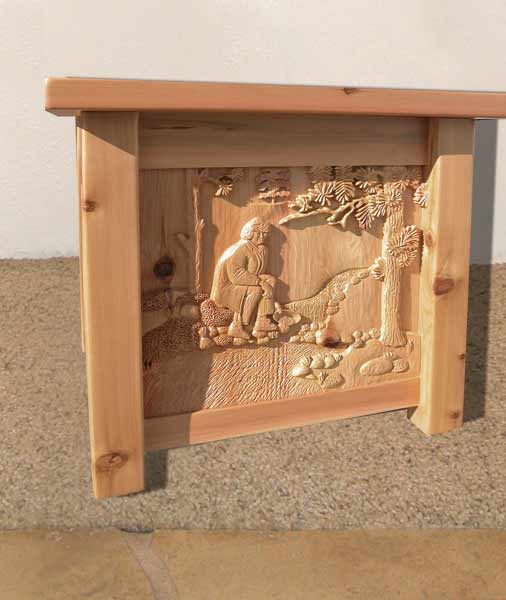 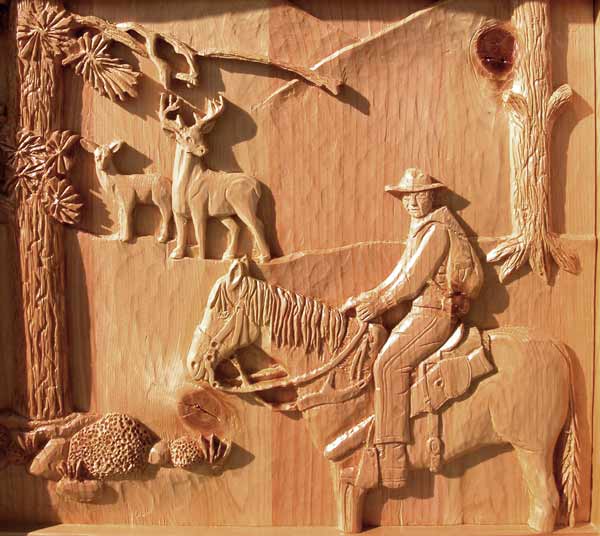 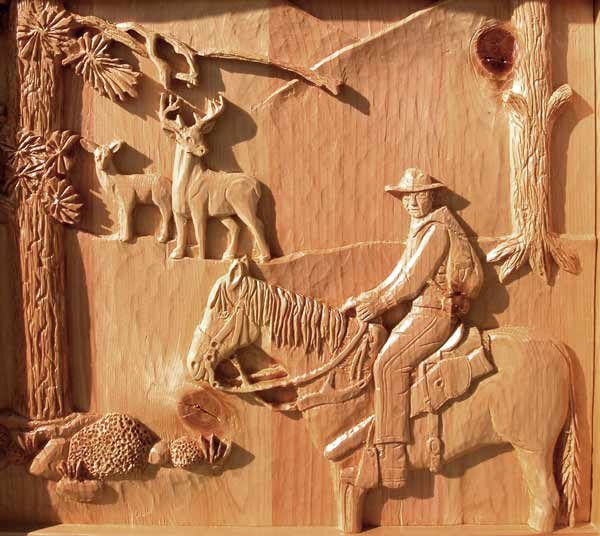 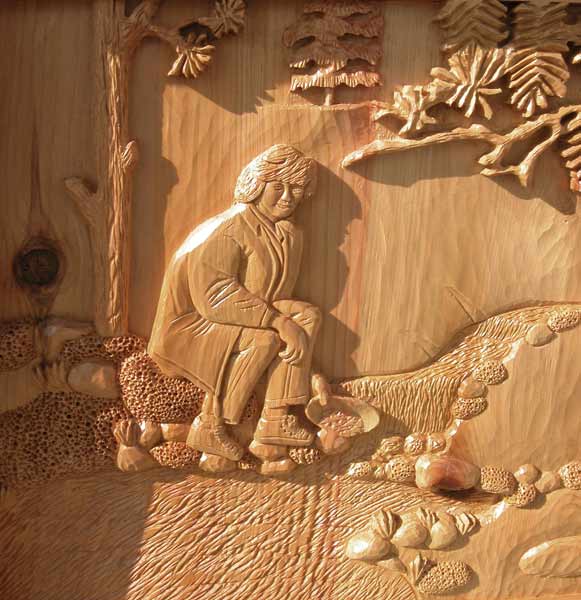 End Table Hand Carved – Design From Customers Out Door In The Woods Family Photos – Solid Natural Air Dried Solid Cedar Cypress (renewable resource timber) (not kiln force dried ) – Original Craft, Not Reproduction Made In The Same Hand And Materials As The Original – Designed From The Historic Record – Hand Hewn, Mortise And Tenon Joined (means master crafted no fast process) –
Built The Old Fashioned Way “When Everything Made In America Was Built To Last Forever” And Craftsmen Were Proud To Sign Their Work
– All Species Of Woods Are Available – Structural Frames Using Solid Full Length Timber (no fake laminates, scarf joints or glued up parts,no veneers – no glue ups – no bolt on,s) – Master Craftsmanship That Insures Your Furnishing Will Stand The Test Of Time – A True Family Heirloom And Valuable Future Antiquity – All Carvings Hand Carved By Our Master Carvers (no cnc, faux casted resin carving or gang carving) – Fine Art 10 Process Hand Rubbed Finished To World Class Antique Collectors Standards ( no spray on faux fast paint jobs ) – Best Fabrics – Top Grain Leathers (processed American tanneries only ) – Guaranteed Forever – Backed By Our Over Nine Decades Of Fine Craftsmanship Since 1913.
Order Any Size Or Style – We Can Help You To Design Your Dream Coffee Table ( At No Extra Cost )
Master Blacksmithing Solid Hand Forged Wrought Iron – (no castings or hollow faux metals) by the hand of a genuine master craftsman using age old tried and tested techniques.– All Heat Applied Iron Oxide Hand Patina Finished – (no powder coating or faux paint on iron finishes)
Designs By H. J. Nick and Art Factory. Com LLC a handmade in America custom furniture manufacturer based in Scottsdale Arizona has been designing and building some of the worlds finest furniture for some of the world’s finest interior designers with ordinary clients as well as most prominent and successful Persons,C.E.O.’s,leaders,royalty and celebrities for the last 99 years. Most of our clients want a furnishing that has a BIG WOW factor and elegance. All want investment value and furnishings that makes a proper statement reflecting their personality or the ambiance of the environment for which it is intended.
Please Don’t Be Fooled By Our Upscale Appearance. Our prices are usually lower than lesser quality name brand mass production fast process imports, “We Are The Factory,” Hand Crafted In America Since 1913.
Historical Origin And Design Inspiration
Deer hunting is the activity or sport of pursuing deer which began as early as 7,000 BC. There are numerous types of deer throughout the world that are hunted. ]North America
The deer most sought after in North America, east of the Rocky Mountains, is the white-tailed deer. West of the Rockies, the mule deer is the dominant deer species. The most notable differences between the two, other than distribution, are the differences in ears, tail, antler shape(the way they each fork), and body size.
Whitetail Male Deer at night in Central Texas The mule deer’s ears are proportionally longer than the ears of a white-tailed deer, and resemble that of a mule. Mule deer have a black-tipped tail which is proportionally smaller than that of the white-tailed deer. Buck deer of both species sprout antlers; the antlers of the mule deer branch and rebranch forming a series of Y shapes, while white-tailed bucks have one main beam with several tines sprouting from it. White-tailed bucks are usually smaller than mule deer bucks. Both of the species lose their antlers in the winter time.
Moose and elk are also popular game animals that are technically species of deer. However, hunting them is not usually referred to as deer hunting, it is called big game hunting. They are considerably larger than mule deer or white-tailed deer, which makes hunting them rather different. In Canada and Alaska, reindeer (caribou) are hunted extensively.
Click Here For More Product Information