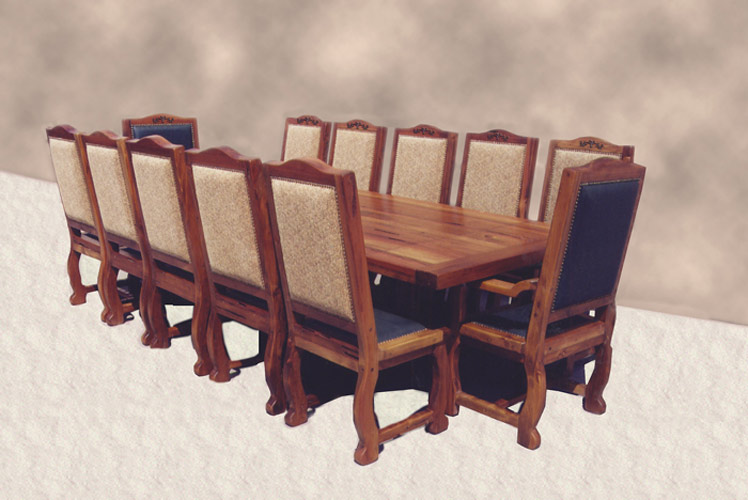 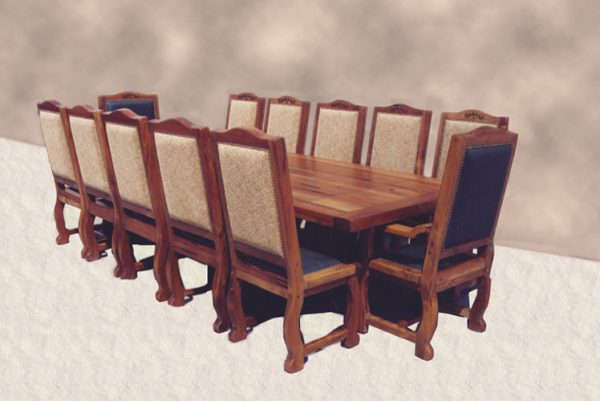 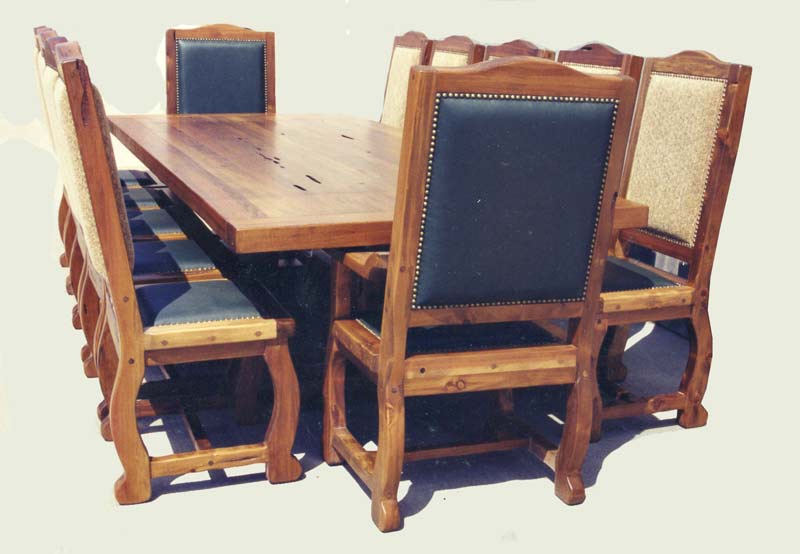 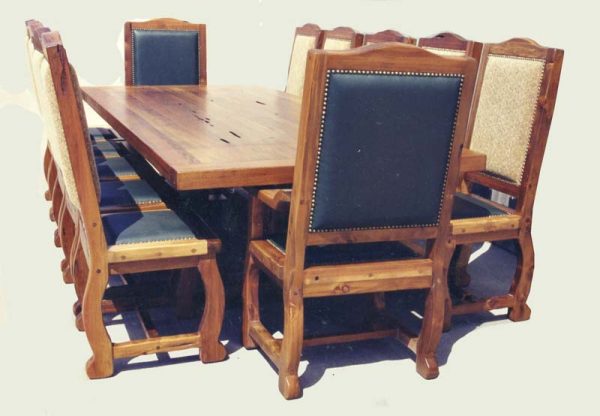 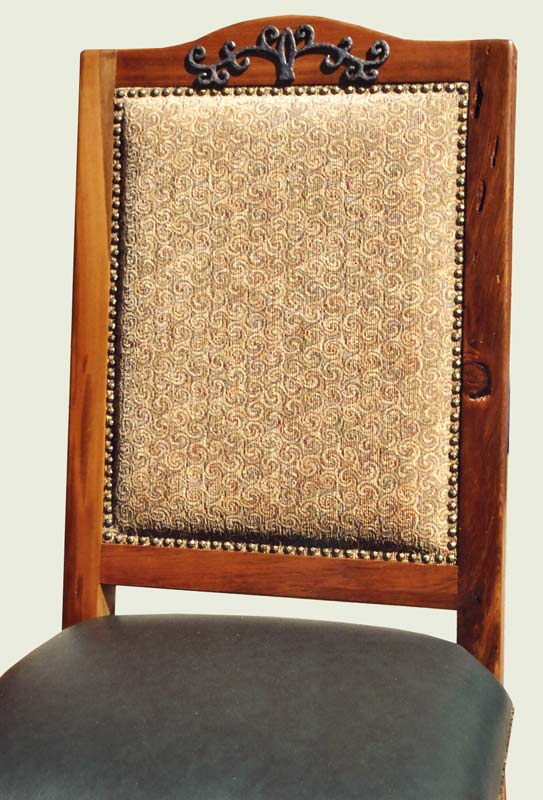 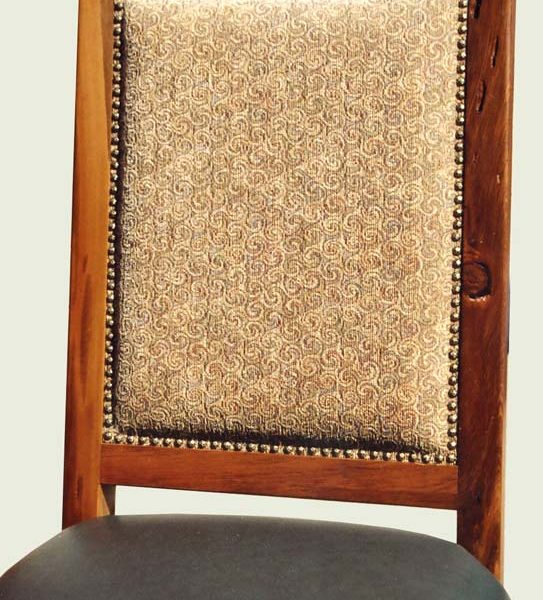 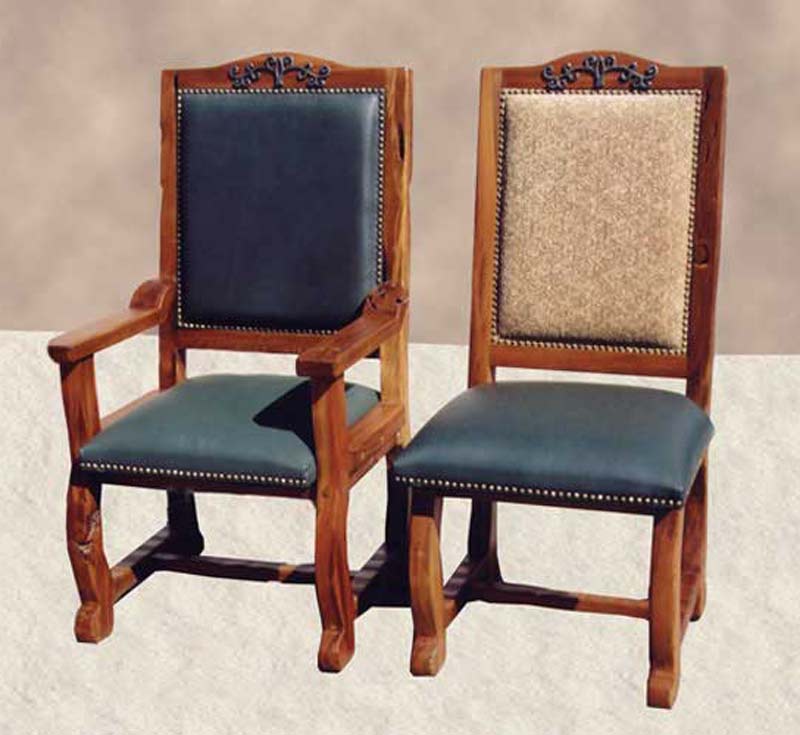 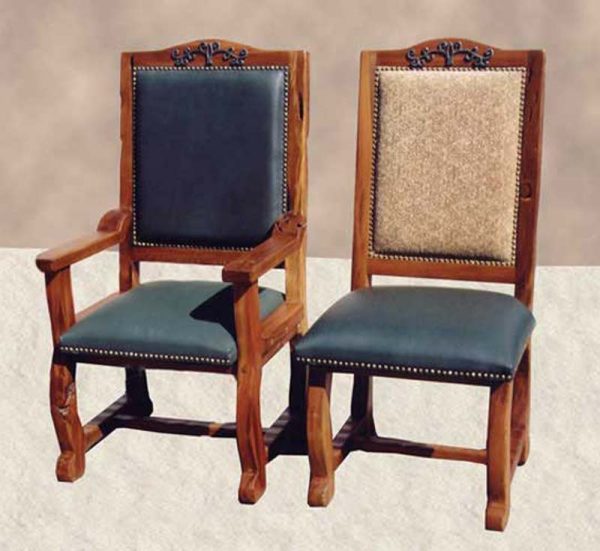 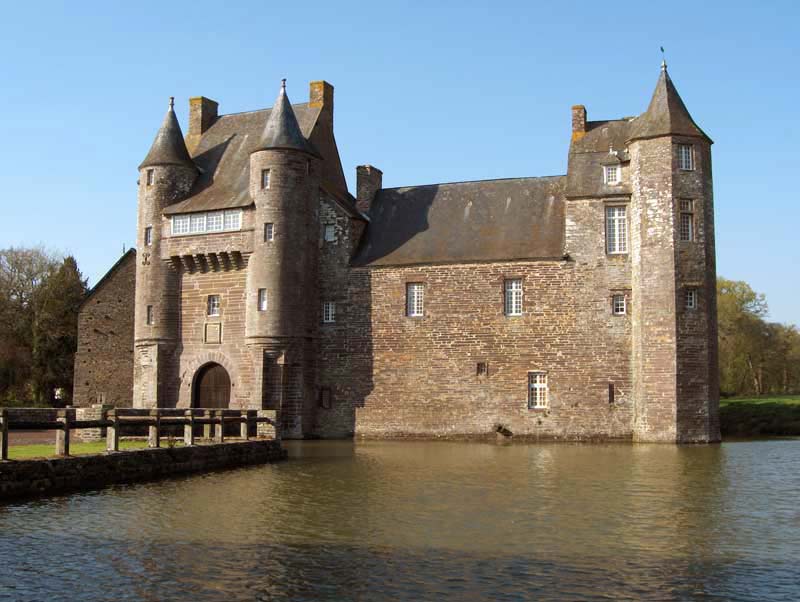 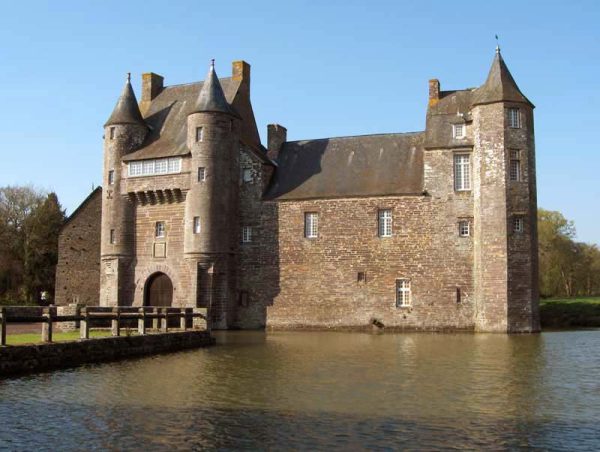 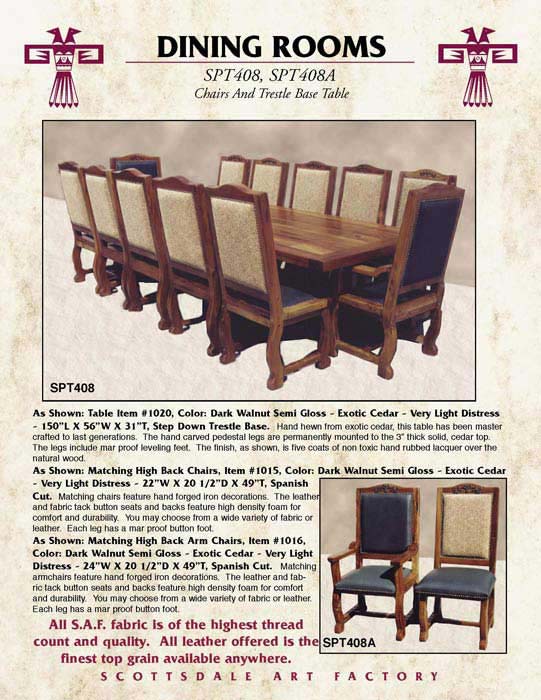 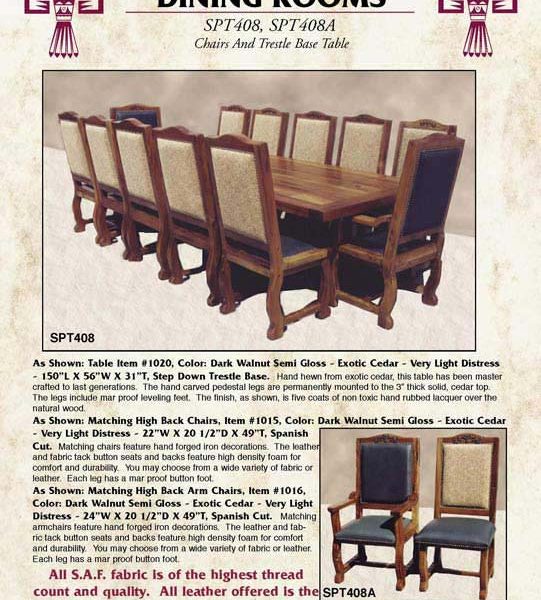 Dining Table And Chairs – Epidermis Hide Leather Chairs – 8 Way Tied Suspension Seats – Solid Natural Air Dried Solid Cedar Cypress (renewable resource timber) (not kiln force dried ) – Original Craft, Not Reproduction Made In The Same Hand And Materials As The Original – Designed From The Historic Record – Hand Hewn, Mortise And Tenon Joined (means master crafted no fast process) –
Built The Old Fashioned Way “When Everything Made In America Was Built To Last Forever” And Craftsmen Were Proud To Sign Their Work
– All Species Of Woods Are Available – Structural Frames Using Solid Full Length Timber (no fake laminates, scarf joints or glued up parts,no veneers – no glue ups – no bolt on,s) – Master Craftsmanship That Insures Your Furnishing Will Stand The Test Of Time – A True Family Heirloom And Valuable Future Antiquity – All Carvings Hand Carved By Our Master Carvers (no cnc, faux casted resin carving or gang carving) – Fine Art 10 Process Hand Rubbed Finished To World Class Antique Collectors Standards ( no spray on faux fast paint jobs ) – Best Fabrics – Top Grain Leathers (processed American tanneries only ) – Guaranteed Forever – Backed By Our Over Nine Decades Of Fine Craftsmanship Since 1913.
Order Any Size Or Style – We Can Help You To Design Your Dream Dining Room Furniture ( At No Extra Cost )
Master Blacksmithing Solid Hand Forged Wrought Iron – (no castings or hollow faux metals) by the hand of a genuine master craftsman using age old tried and tested techniques.– All Heat Applied Iron Oxide Hand Patina Finished – (no powder coating or faux paint on iron finishes)
Designs By H. J. Nick and Art Factory. Com LLC a handmade in America custom furniture manufacturer based in Scottsdale Arizona has been designing and building some of the worlds finest furniture for some of the world’s finest interior designers with ordinary clients as well as most prominent and successful Persons,C.E.O.’s,leaders,royalty and celebrities for the last 99 years. Most of our clients want a furnishing that has a BIG WOW factor and elegance. All want investment value and furnishings that makes a proper statement reflecting their personality or the ambiance of the environment for which it is intended.
Please Don’t Be Fooled By Our Upscale Appearance. Our prices are usually lower than lesser quality name brand mass production fast process imports, “We Are The Factory,” Hand Crafted In America Since 1913.
Historical Origin And Design Inspiration
The Chateau de Tracesson which has preserved its medieval aspect, is one of the most impressive castles of Brittany. It is located in the commune of Campanaac in the Morbihan dapartement of France,
The castle’s imposing reddish schist walls are reflected in the waters of the lake which surrounds it. The castle is reached by a bridge which spans the moat. The entry is guarded by an imposing gatehouse flanked by two narrow towers in corbelling, joined together by an old gallery with machicolation. On the right, a long almost windowless frontage, covered with a steep slate roof, ends in a hexagonal corner tower.
The origin of the castle of Tracesson goes back in the mists of time. It was mentioned as the seat of the lords of Plormel and Campanac from the 8th century. The Tracesson family is recorded since the 13th century and its first known representative was the knight Jean de Tracesson, whose grandson was constable of Brittany in the 14th century. Tradition places construction at the end of the 14th century but it is more probable that the castle, in its actual position, dates from the 15th century. It is indeed at that time, around 1440,
Click Here For More Product Information