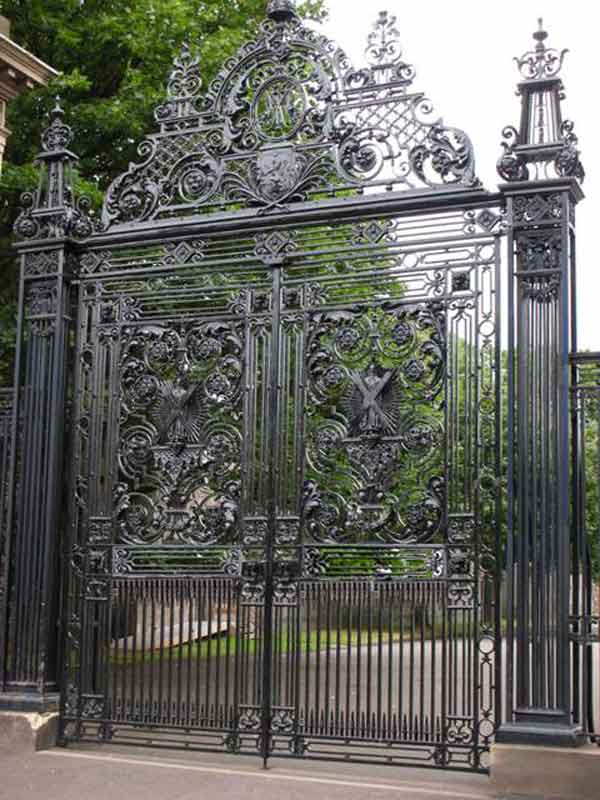 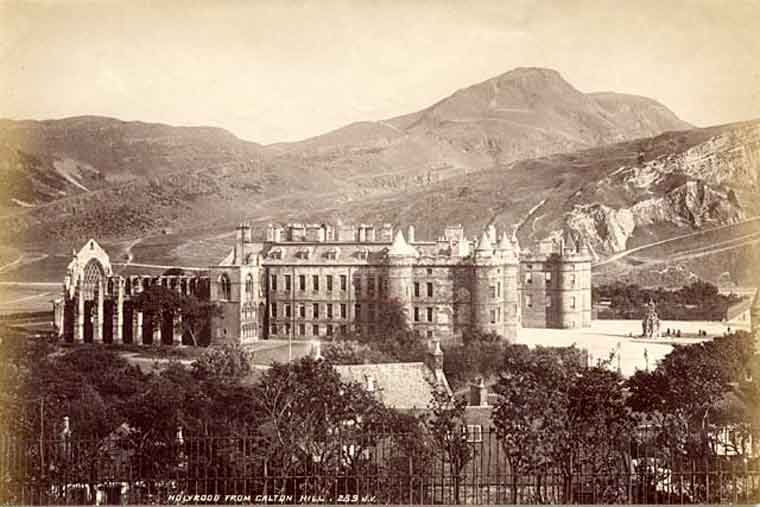 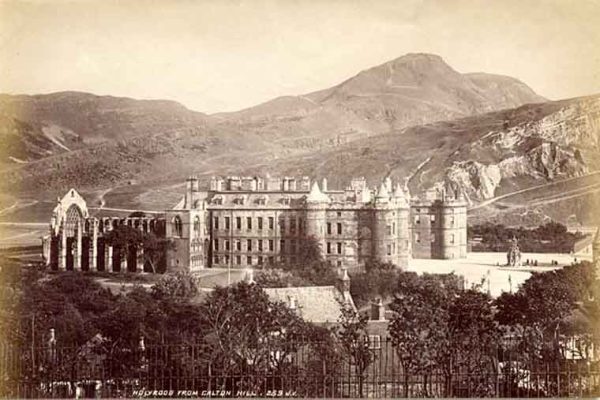 This is an inspiration piece, which means that it can be customize any way you want any type, style or design you want. We draw inspiration from history in our art and in our methods of forging; coal fired and anvil hammered, just like George Washington Browne would have done in order to create this beautiful design. Our master blacksmiths, hand forged our wrought iron pieces, they are never hollowed or casted copies. Our patina finish is hand applied, using a special patented process, where oxides are bonded into the metal at over 1000 degrees, meaning these custom wrought iron gates are guaranteed to never erode.

Holyrood Palace, formally known as Holyrood abbey is the official residence of British Monarchs when in Scotland. Originally an Abbey built in the 10th century, after the war of Rough Wooing. In 1911 there was a competition to create the best National Memorial Monument to Edward VII; where they told artists across the country to submit their ideas. The winner was a well known architect George Washington Browne, his ideas were larger than life and it was noted that the gates you see today, were cut down immensely from the original design. In 1922 the gates were erected with a large ceremony. In 1937 King George VI and Queen Elizabeth began the tradition of regular visits; this later being called Holyrood week or Royal week. This is the one week that the King and Queen of England visit Scotland and hold meetings, engagements, arrangements and Parades, and is the one time that people can interact with the royal family.