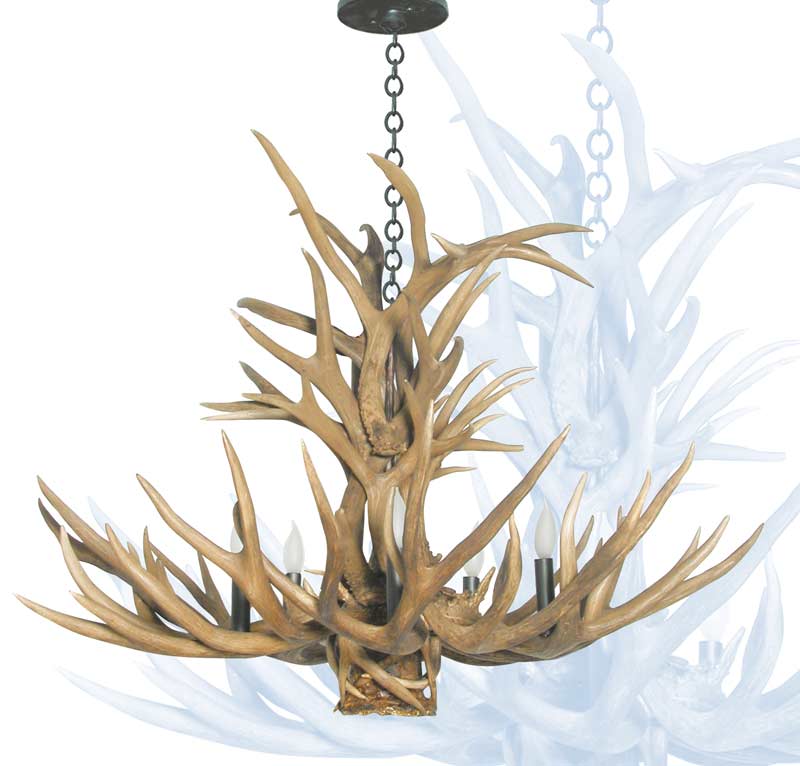 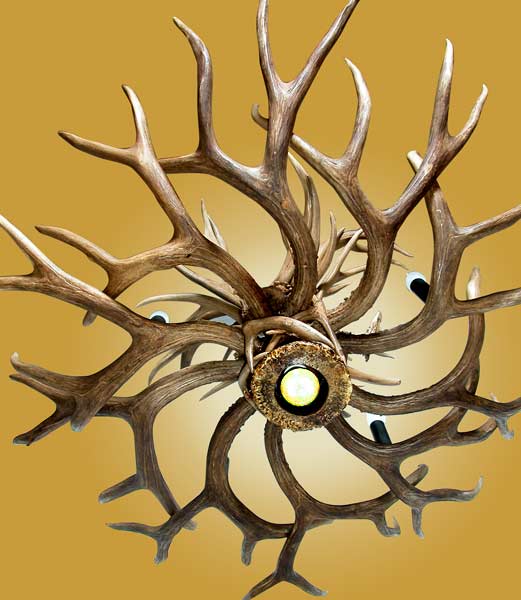 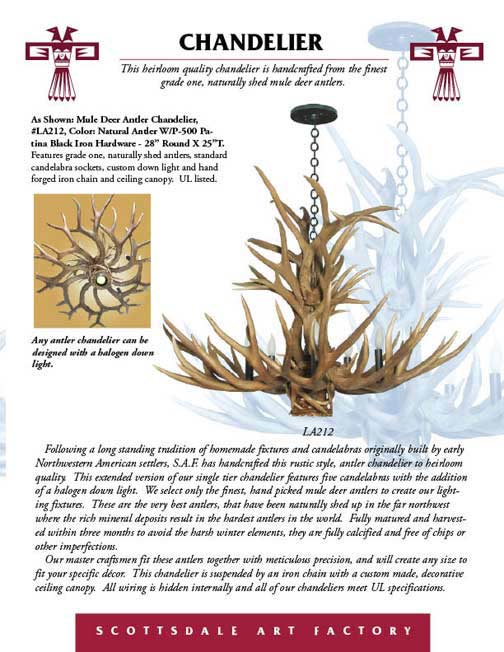 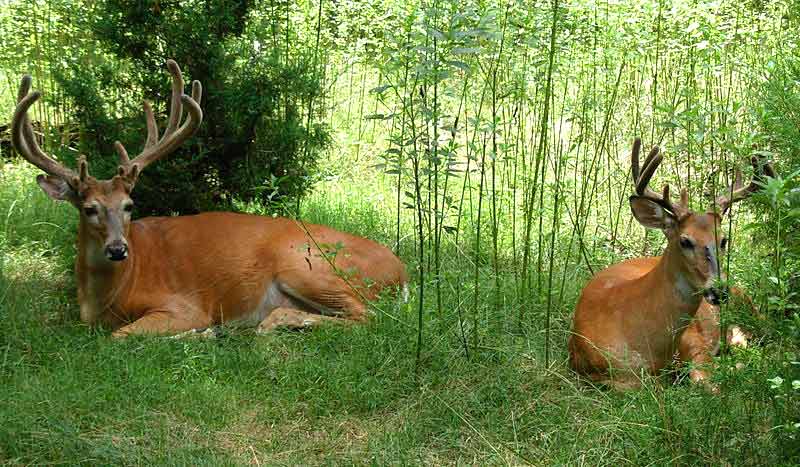 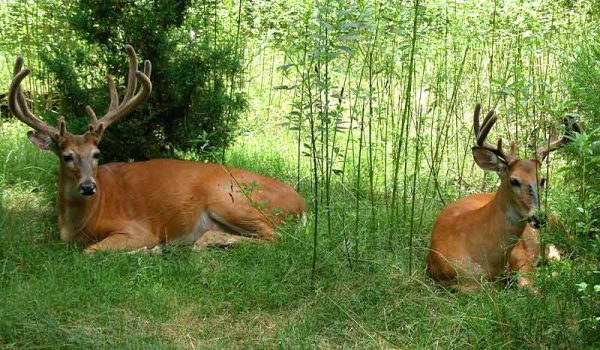 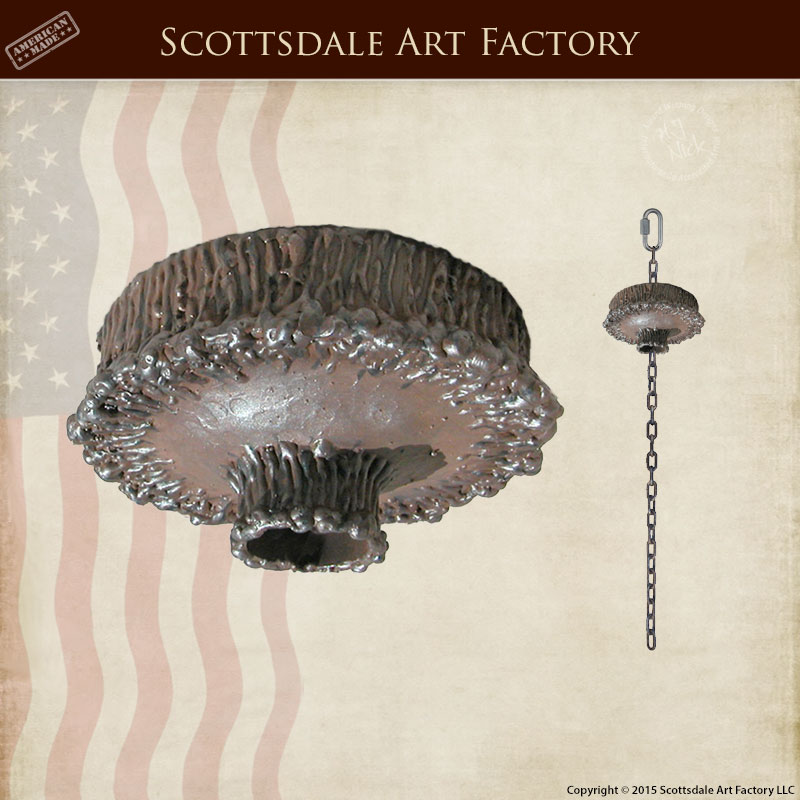 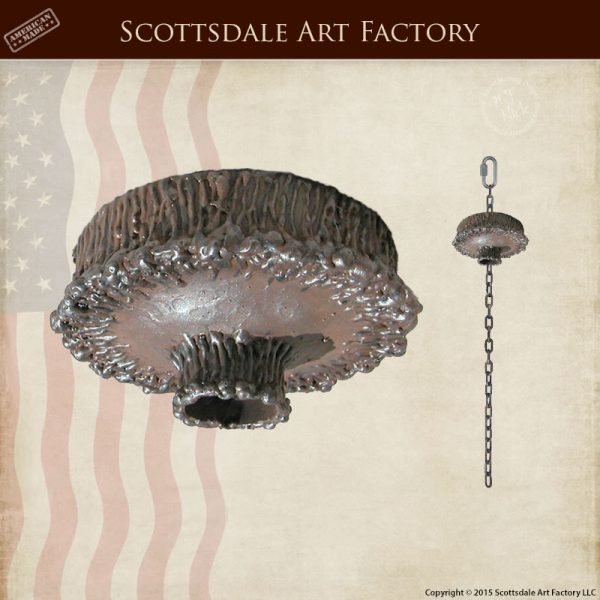 Antler Chandelier with Down Light – LA212

Antler chandelier with direct down light For your cabin or your home, this antler chandelier is the perfect homage to the outdoors. Naturally shed antlers are fixed onto a hand forged wrought iron frame and then wired to UL standards by our master craftsmen. Because there is downlighting on this chandelier, your room will be lit with a warm glow as we as a separately controlled direct down light. By choosing the antlers for their gloss and color consistency, ArtFactory.com makes sure that your cabin will have a warm fireplace glow bringing to mind an evening in the wilderness by a campfire. Because we use naturally shed antlers, you know our product is cruelty free and celebrates the beautiful deer they come from. Outdoorsmen and women will appreciate the care and craftsmanship that we use to create our antler chandeliers and furniture. Celebrate nature and the outdoors with your own antler chandelier proudly hung in your home.

Antlers have been used for centuries by many Native American tribes as tools, decoration, and weapons. Some creation myths have the deer as the first parents or humans and they are often associated with fertility and humankind. There are also tribes who have deer clans and a Cherokee story about how the deer won its horns from the trickster rabbit.

How Art Factory Antler Chandeliers Are Made – Please Compare

All Antlers Offered By SAF Are Wired Internally And U.L. Listed. Using a 1/4″ thick steel central wire enclosure that is attached to the steel main structure we secure each antler end individually to this super structure. We then bore through each lighted horn to run our wiring internally. This allows for each light socket and wire to be able to be replaced with little effort. All SAF lighting is hipot tested according to the rigorous rules and guide lines of Underwriters Laboratories. After passing this test they may carry a UL seal of approval. These seals are recognized by building code inspectors the world over.
All Antlers Are Natural Colors – All Iron Parts Are Well Hidden Using Various Colors Of Hand Applied Iron Oxide Patinas. Our beautiful patina finishes are hand applied using a special patented process where oxides are bonded into the metal at over 1000 degrees. This permanent finish beautifies with age. S.A.F. does not paint or faux finish any of our iron creations. Paint fades, chips and cracks over time and patinas last forever. No Drop Forged Casted Copies. No Paint Or Powder Coated Finishes. limited edition or original works. Every surface of this furnishing is finely finished including the undersides and hidden areas.

More Information About Antlers
Deer communicate in many different ways including sounds, scent and marking. All deer are capable of producing audible noises, unique to each animal. Fawns release a high pitched squeal, known as a bleat, to call out to their mothers. Does also bleat, as well as grunt. Grunting produces a low, guttural sound that will attract the attention of any other deer in the area. Both does and bucks snort, a sound that often signals danger. As well as snorting, bucks also grunt at a pitch that gets lower with maturity. Bucks are unique, however, in their grunt-snort-wheeze pattern that often shows aggression and hostility.
Antlered deer possess many glands that allow them to produce scents, some of which are so potent they can be detected by the human nose. Three major glands are the orbital, tarsal and metatarsal glands. Orbital glands are found on the head, and scent is deposited from them by rubbing the head, often the area around the eyes, on hanging twigs. The tarsal glands are found on the lower outside of each hind leg. Scent is deposited from these glands when deer walk through and rub against vegetation. The metatarsal glands, found on the inside “knee” of each hind leg, are the most potent.
During the first year the pedicles appear on the young deer’s forehead. The following year, the youngster sprouts straight, spike- like shafts, and in the third year, the first branch appears. In successive years, as the deer matures, his antlers lengthen and, in most species, he acquires additional branches. One can actually determine the age of the deer from the number of branches on his antlers, as their number increases with age.

ArtFactory.com, an American manufacturer of handcrafted custom chandeliers, lighting, doors, gates, and designer furniture based in Scottsdale, Arizona, and Designs by H.J. Nick, have been designing and building some of the world’s finest furnishings all hand crafted in America since 1913. Most of our clients want a furnishing that has a big WOW factor and timeless elegance. They all want investment value furnishings that makes a proper statement reflecting their personality, or the personality of the environment for which the designer custom furnishings are intended. Call us to discuss your antler chandelier design ideas 1-800-292-0008.