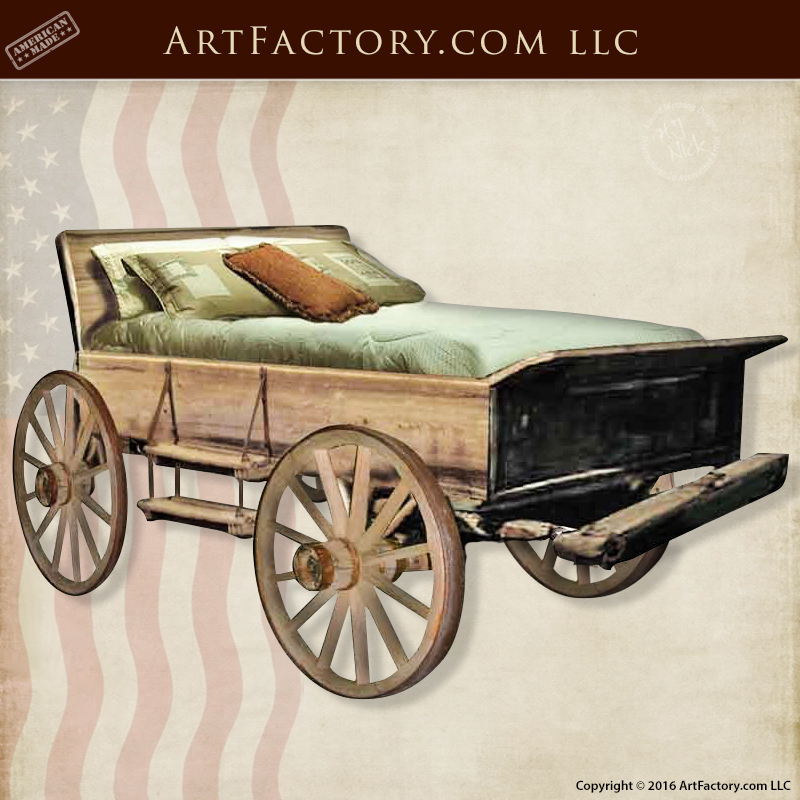 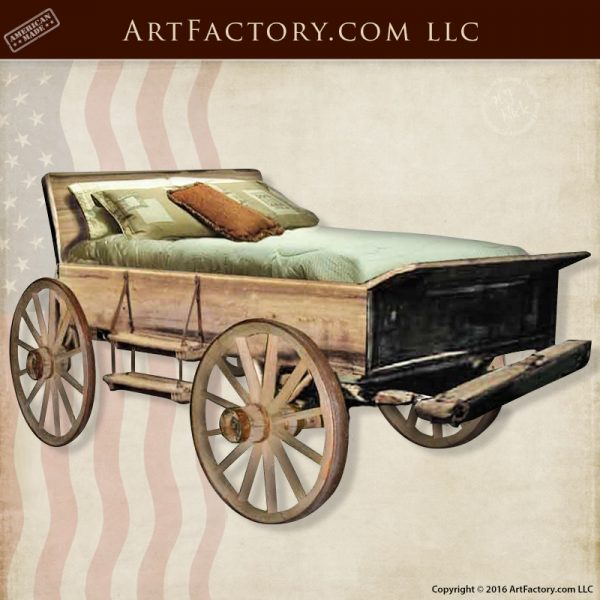 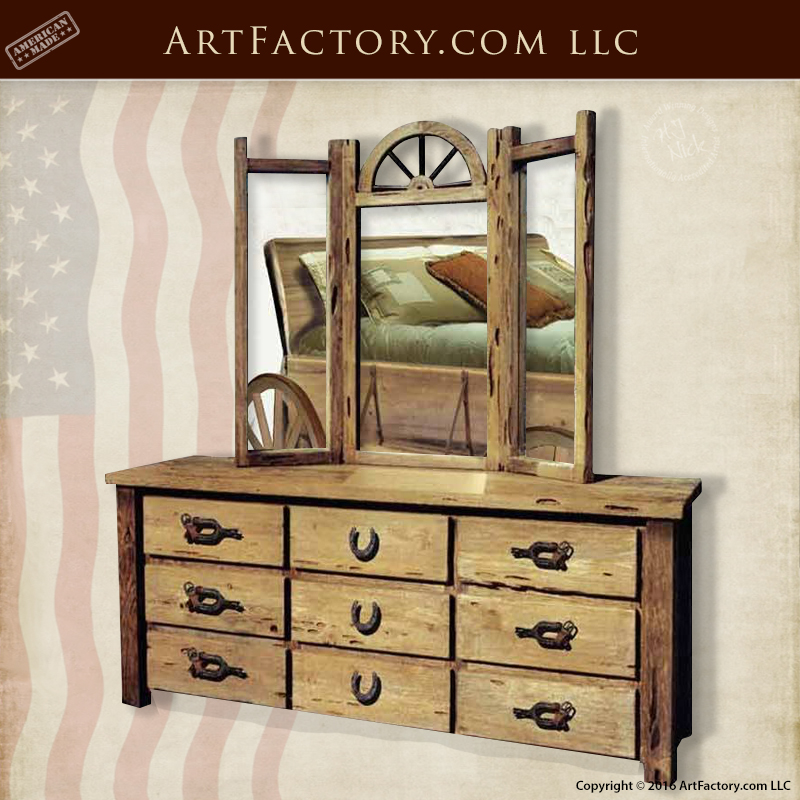 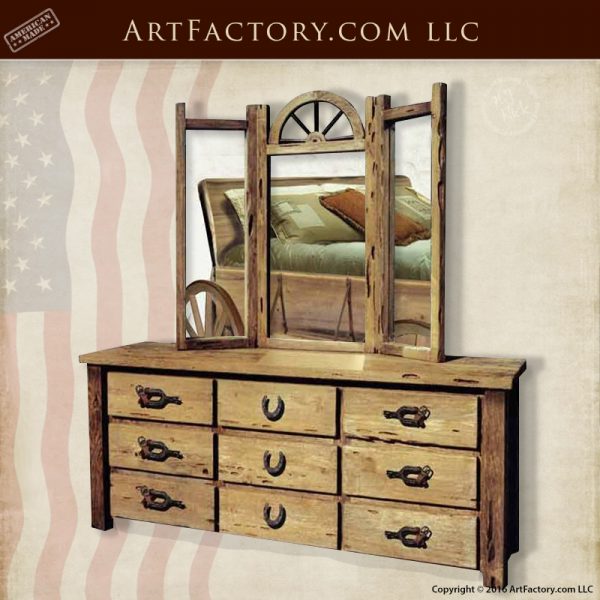 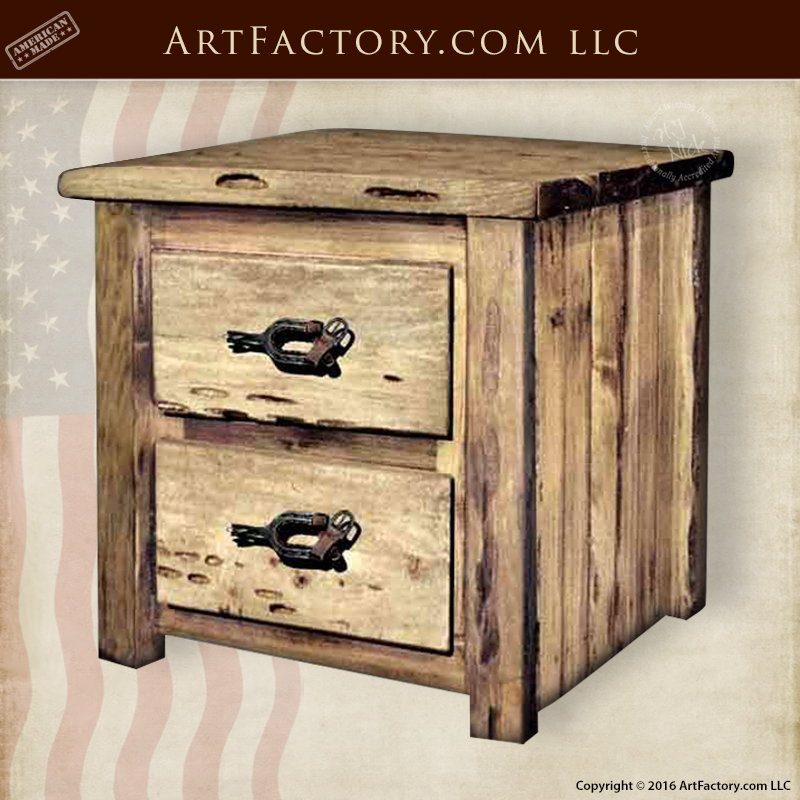 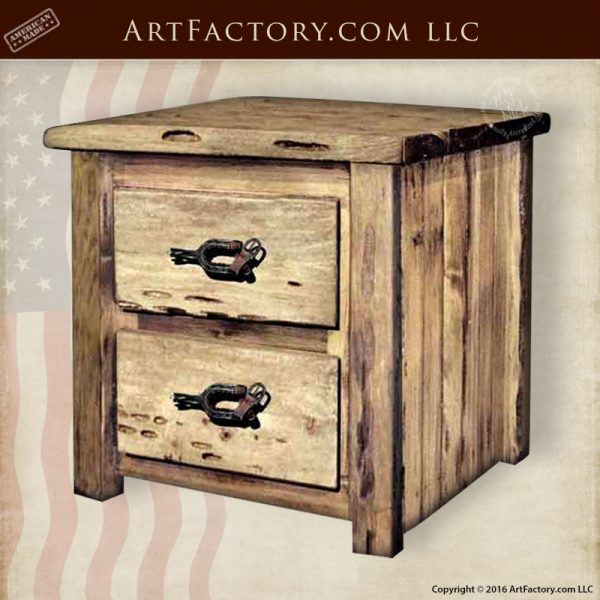 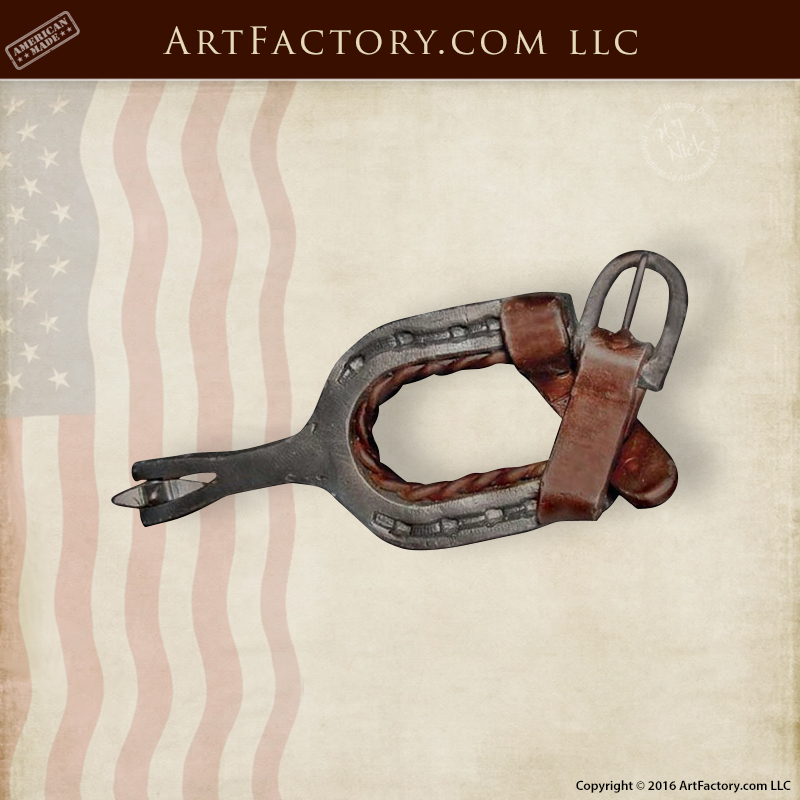 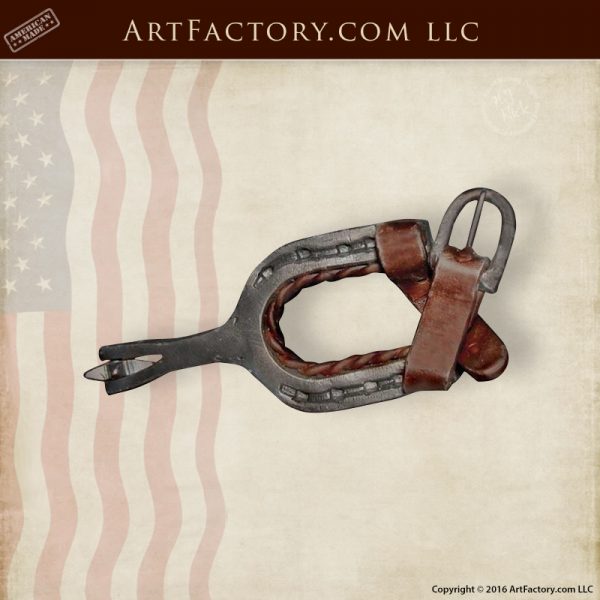 We use authentic, restored antique wagons to make a fun and creative bed frame that will be the envy of all the cowboys and cowgirls who visit your ranch. Just like the original wagon, dated 1840, remarkable details are recreated with hand forged iron fittings, and hand hammered iron wheel treads. The solid cedar construction with a raised grain texture is completely finished with five coats of hand rubbed lacquer inside and out. So you can enjoy a snag free surface and reliable construction with the deceptively aged and rustic looking artifact.

American Old West trails were used by immigrants from the eastern United States, between 1830 and 1890s. These colonists began to settle various regions of North America west of the Interior Plains, during the overland migrations of the mid-19th century. 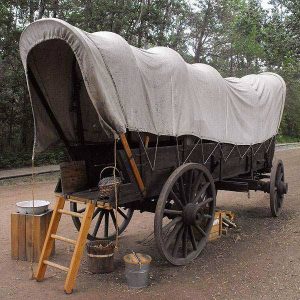 Settlers following these 'Westward ways' were spurred by various motives, including persecuted Mormons seeking freedom of religion. After the end of the Mexican-American War in 1849, there many new enticing American conquests. Legislation like the Donation Land Claim Act and critical events like the California Gold Rush further incited colonists to travel overland west.

There were two major wagon networks, one based out of Missouri and the other out of Santa Fe, New Mexico. Three of the Missouri-based routes were collectively known as the Emigrant Trails, the Oregon, Mormon, and California Trails. Historians have estimated at least 500,000 emigrants used these three trails from 1843 - 1869, and despite growing competition from transcontinental railroads, some use continued into the early twentieth-century.

Three of the major southern routes were the Santa Fe Trail, the Southern Emigrant Trail, and the Old Spanish Trail. The trip was arduous, fraught with risks from infectious diseases, dehydration, injury, malnutrition, and harsh weather, with up to 10% dying along the way, usually due to disease. 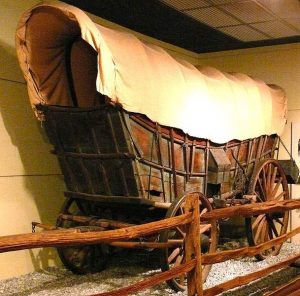 These trail networks have become embedded in the folklore of the United States as one of the significant influences that have shaped the content and character of the nation. The remains of many trail ruts can be observed in scattered locations throughout arid parts of the American West. Travelers may loosely follow various routes of the trail network on modern highways through the use of byway signs across the western states.
(From Wikipedia)

We strive to incorporate antiques from the history of America and the age old, tried and tested master craftsman techniques from the same historical era. This is one example of a museum collectable of the Old West 1860's - 1900. This is a rare, antique, and genuine piece of Western Americana: a 19th-century original John Deere wagon. Owning a piece of this true old Western Americana pays tribute to all the men and women that came before us to make our lives possible. Also, owning a piece of real American history not only provides a great conversation piece, it is also an appreciating asset that will become worth more in time monetarily and priceless as a family heirloom.

We offer everything from antique farm wagons to genuine Conestoga wagons when available. Bring a piece of history into your home with an antique Western wagon bed. Many of our antique wagons come complete with the provenance of the Old West. These are real antique wagons, barn finds, right out of American history. If you have one of your own and would like it converted, we are able to do that as well. We meticulously refine, rebuild, convert and refinish to fine art, world class, fine furniture standards. This bed would be a unique way to include a historical piece in your home.

ArtFactory.com is a custom furniture, door, and gate manufacture based in Scottsdale, Arizona. Featuring designs by H. J. Nick, we have been designing and building some of the world's finest furnishings all handcrafted in America since 1913. Most of our clients want a furnishing that has a big WOW factor and timeless elegance. They all want investment value furnishings that makes a proper statement reflecting their personality, or the personality of the environment for which the designer custom furnishings is intended. 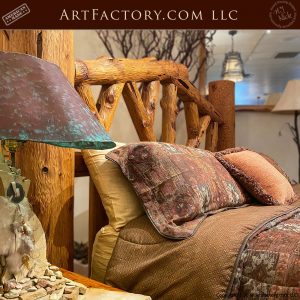 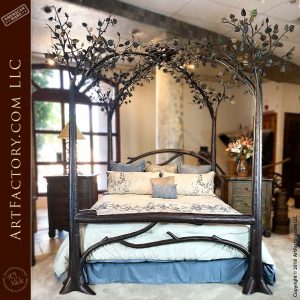 King Canopy Bed: Just Like Mother Nature Made It By Her Hand – BNB67 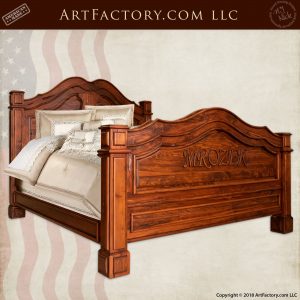 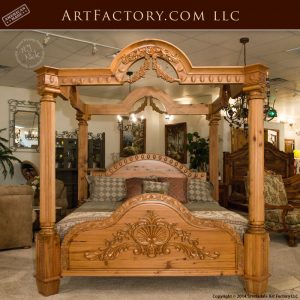 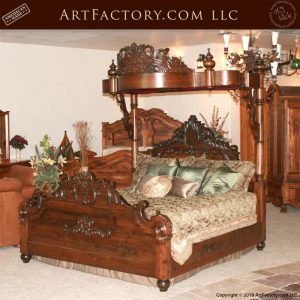 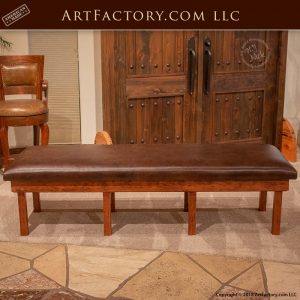 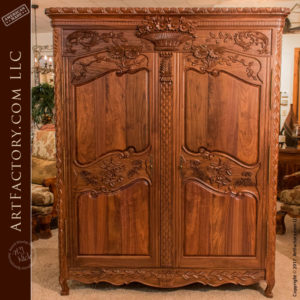 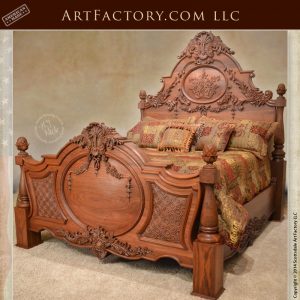 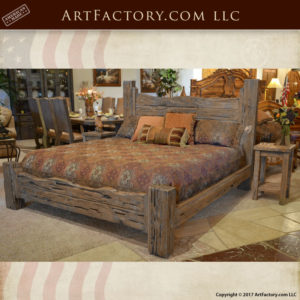 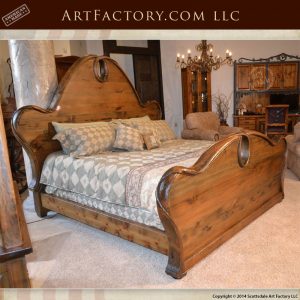 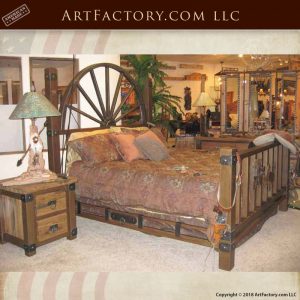