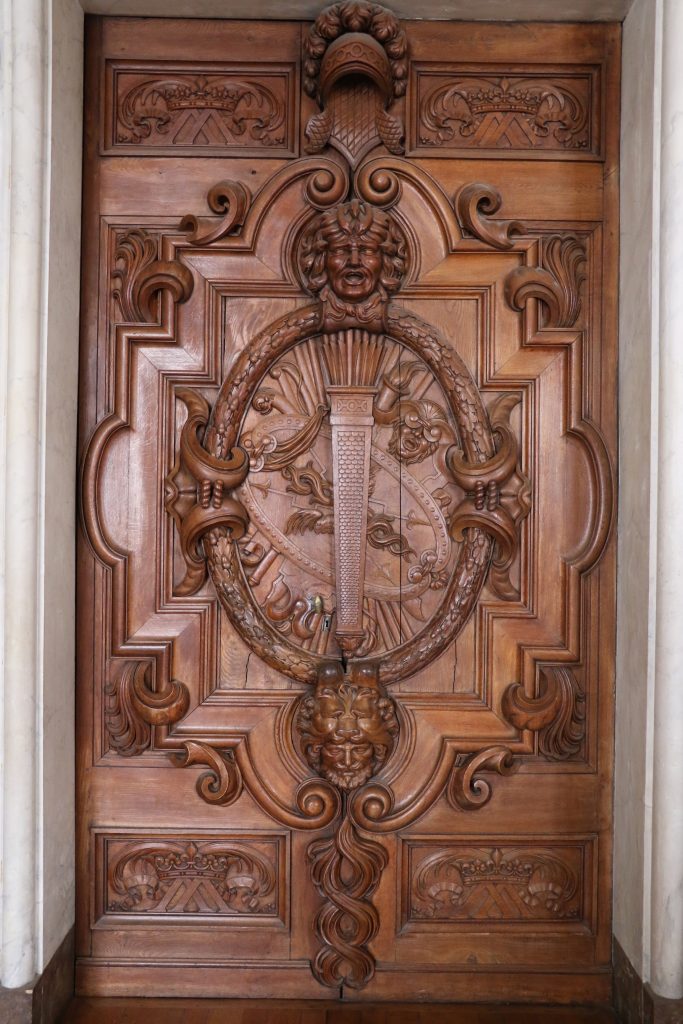 The Chateau de Fontainebleau doors are a beautiful and heavily hand carved work of art. The carvings display symbols and portraits of many gods and stories from Greek mythology.

Hercules is shown wearing his lion skin from the first of his 12 Labors. In the center of the door holds the quiver of Artemis, goddess of the hunt. Behind the quiver, you can just see the caduceus that is carried by Hermes, the god of commerce, speed, and cunning, and the torch of Olympic fire that the Titan Prometheus gave to mankind.

At the top of the door is a portrait of Medusa, one of the Gorgons whose gaze would turn men to stone. In Ancient Greece, Gorgons were often carved on buildings and objects as a form of protection.

The Chateau de Fontainebleau doors also uses a style from the Renaissance that was unique to France. In this style, a double paneled door is fashioned in such a way that it appears to be a single panel when closed. 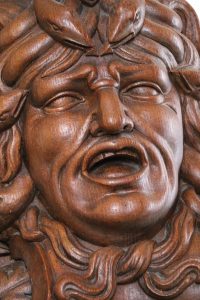 Some History From Chateau de Fontainebleau

The earliest record of a fortified castle at Fontainebleau dates to around the 12th century. The medieval castle and palace served as a residence for French Monarchs all the way from Louis VII to Napoleon III.

This door is found in the Gallery of Francis I in the Palace of Fontainebleau in France. Originally, it served as a passageway from the king's apartments to the Chapel of the Convent Trinitaires. Francis I recreated this into a gallery that made it far more than a mere passageway. The Gallery of Francis I created the blueprint that other galleries began to model themselves after. It also introduced the Renaissance style to France. This gallery created its own artistic style, known as the School of Fontainebleau. This style combines painting, decoration, and architectural design to create a complete environment.

About Historically Inspired Doors From ArtFactory.com

ArtFactory.com can create this piece of history for your home in original hand hand craft. Select the Chateau de Fontainebleau doors, or any door from history. Our master craftsmen will recreate it in the same manner as it was done in antiquity. We fashion our doors by hand, using skill and mastery in the same craft and materials as has been done for centuries. Most importantly, we guarantee everything forever. 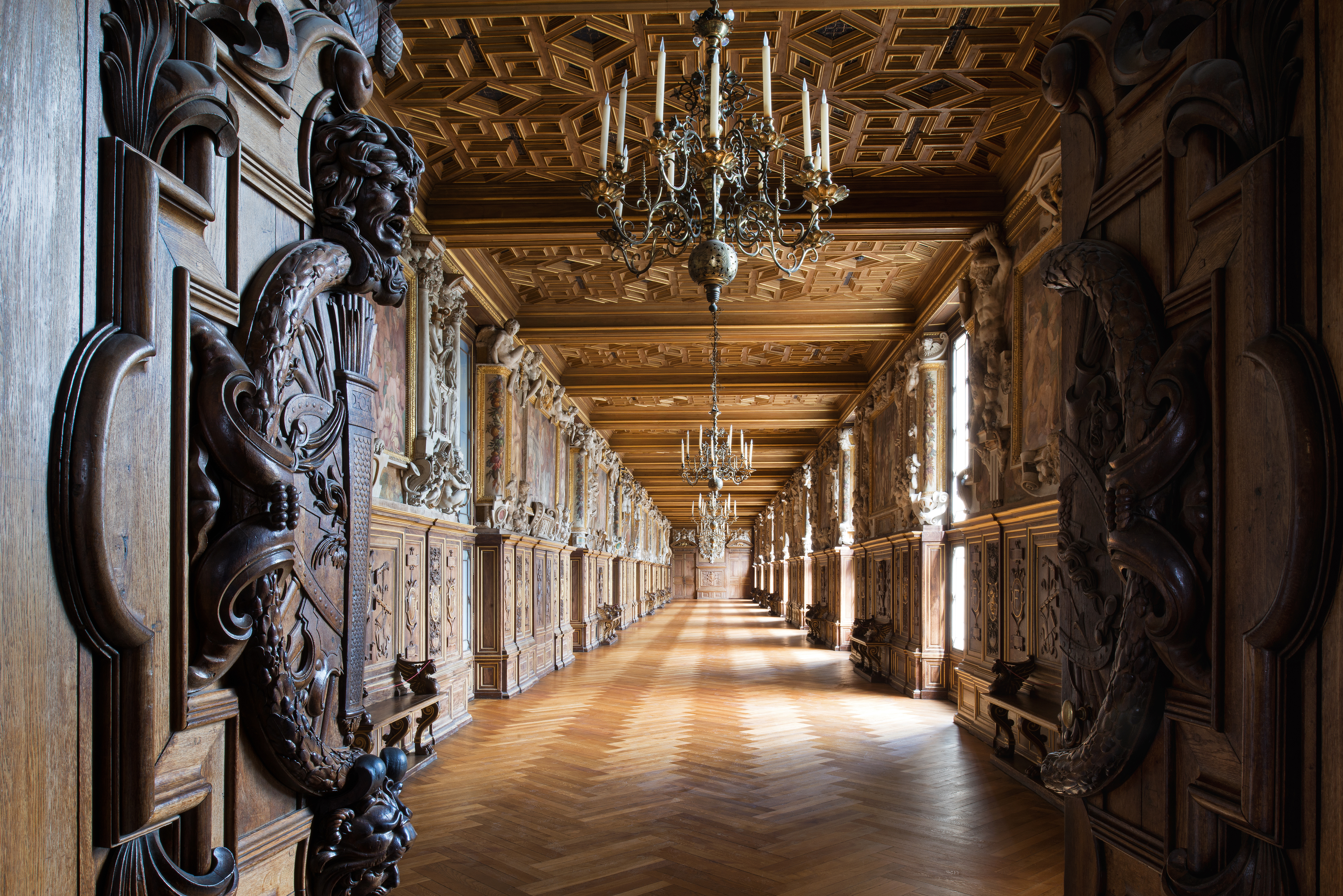 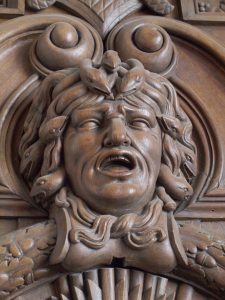 Transform the entrance of your home into a stunning work of art with hand carved greek mythology or any other themed custom door of your fancy. Invest in a superior and stylish custom made door for your interior or exterior. Made from solid wood, our exterior doors are made with mortise and tenon joinery construction. Mortise tenon joinery means a master crafted, handmade door that is built to last. Our master craftsmen can hand carve this extraordinary door inspired by the Chateau de Fontainebleau Doors, or any other historically inspired door. These doors are built in original hand and craft to be historically correct, and are not reproduction quality.

Our in house artist, the world renowned H.J Nick, oversees the design and construction of each historically inspired door that leaves our factory. This ensures that each product is a one-of-a-kind work of fine art, and is built in the same hand and craft as the originals. Never feel limited by your options, we can customize historically inspired doors in any style or design that you desire. Any of our custom doors can be made for both interior or exterior use.